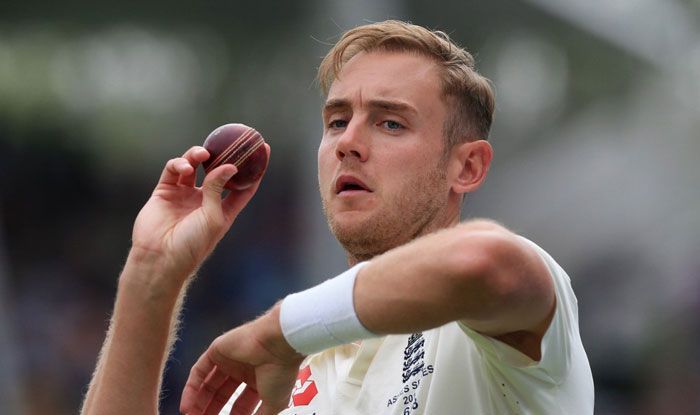 England pacer Stuart Broad isn’t ready to rest on his laurels and hopes to continue setting new milestones after becoming the seventh bowler in Test history to take 500 or more wickets. Broad now has 501 wickets in 140 Tests at an average of 27.94.

He’s the second English bowler to the milestone after teammate James Anderson who, with 589 wickets, holds the record for being the most prolific fast bowler in Test cricket history.

“If I keep bowling the way I am for the next few years then I wouldn’t rule anything out,” the 34-year-old replied after taking 10 wickets and hitting a quick half-century to help England crush West Indies by 269 runs in the third Test and clinch the three-match series 2-1 on Tuesday.

Broad finished the series with 16 wickets from two Tests after he has excluded from the series opener. Back then, he had expressed his anguish at not being selected in the playing XI and in fact, started worrying about the direction his career was going in.

“A couple of weeks ago I was in a bit of a thinking place. I thought: ‘Where am I going here?’ But I’m glad I stayed strong because I’m very happy two weeks later. To get to 500 is a special feeling,” he said.

“You always hear ex-sportsmen saying they knew when it was time to go, they lost that feeling. Well, I’ve still got it in abundance. I’m someone who looks pretty short-term but at the moment I feel fresh, I feel fit,” he added.

“Jimmy is my idol on that. He turns 38 soon and he’s someone who I have watched very closely, a great friend of mine for many years. Over the last few years, he has maintained himself and kept upskilling himself to be able to not only compete but get better at this level,” he said.

He continued,”If you look at both of our records over the last few years, we are actually improving. Compare my last 18 months to my career record and it’s way better, which is always a great sign.”

Broad isn’t sure if any bowler from the current generation can join them in the elite list considering the shrinking number of Test matches being played amidst the growing popularity of shorter formats especially T20 cricket.

“Someone is going to have to play a lot of cricket because there is a lot of competition out there with different T20 leagues. I think there’s talk of thinning the amount of Tests we play in a summer down, too,” Broad said.

“You need a lot of Test matches to get 500 wickets. I think there’ll be people who have the talent to get the numbers but whether they’ll be able to play the amount of Test cricket the seam bowlers have done to get that feat remains to be seen,” he added. 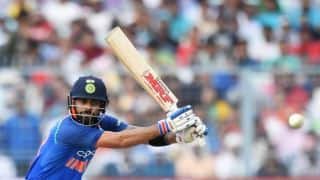