After England defeated India in the fourth Test at Old Trafford, Manchester resulted into a considerable number of changes in the Reliance ICC Test Rankings. Stuart Broad made his way back into the top 10 of the bowlers rankings after he ran through the Indian batting on the first Day of the fourth Test with figures of 6 for 25. He has currently occupied the No 9 position in the rankings list.

The official England Cricket Board website reported that Broad’s new ball partner James Anderson too crawled into the top five of the bowler’s rankings as he also proved his worth by taking 5 for 64. Moeen Ali was amongst the others who moved up in the rankings list after his consistent performances in the ongoing series.

Not only the bowlers but the English batsmen too came in handy with their bats. Joe Root stood like a wall throughout the series as the Indian bowlers struggled to get him out. He moved up to the 14th place in the batmens rankings list, which also is his career best and he shares his position with the mighty Lankan, Mahela Jayawardene.

Ian Bell got back in form against India after scoring a crucial century at the Southampton which helped the hosts to overpower the visitors. He also moved up to the 17th place in the rankings. After scoring consecutive half centuries, one at Southampton on his debut and one at Manchester, England wicketkeeper Jos Buttler could not have imagined a better start to his Test career. He had replaced Matt Prior in the third Test at The Ageas Bowl. Buttler got his career best ranking which is the 55th position in the list after his performances in the ongoing Test series. 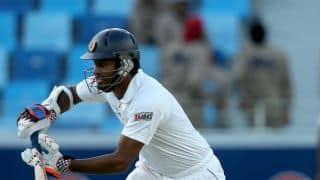