Graeme Swann might have left India in a spin in the fourth Test but the England spinner feels his best is yet to come and hopes to peak during the tough series coming up over the next 18 months. 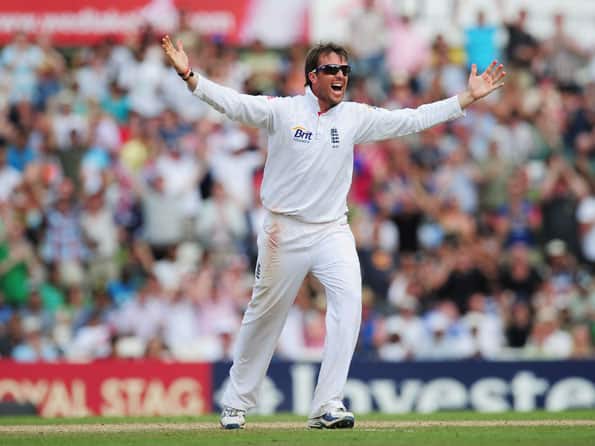 Graeme Swann might have left India in a spin in the fourth Test but the England spinner feels his best is yet to come and hopes to peak during the tough series coming up over the next 18 months.

Swann helped England complete the 4-0 whitewash in The Oval after snapping nine wickets in the final Test, though he had to spent most part of the four-match series watching his pace collegues wrecking havoc on the Indian batters.

“I’ve hardly had to do anything this summer,” Swann was quoted as saying in the Sunday Mirror.

“If you take The Oval game out of it, I’ve had my easiest summer ever. I’ve just stood at second slip watching Jimmy Anderson, Chris Tremlett and Stuart Broad take all the wickets,” said Swann, who scalped just four wickets in the first three Tests.

“I know I’ll be looked upon as the main weapon in the subcontinent and be expected to take the wickets. I know I’ve got a lot of hard work to do in Abu Dhabi against Pakistan and then in Sri Lanka and India,” he added.

Swann considers Sri Lankan as the hardest place for a spinner and said if England have to dominate world cricket then they world need to perform at the sub-continent.

“In Sri Lanka a spinner has to do all the donkey work.

Seamers just can’t do it. After four or five overs they are cooked. It’s the heat. Sri Lanka is the hardest place to get wickets, but I know I can bowl well there,” he said.

“It’ll be a litmus test for the team. It’s been a phenomenal two years for England. I have to pinch myself sometimes.

“However, if we want to be as dominant as the West Indies team of the 1970s and 80s, and the Aussies from the mid-90s, then we have to do well in the sub-continent,” he added.(PTI)