Some insiders believe that women s cricket is the fresh target for the fixers and that is how the game might be corrupted in near future.

People are drawn to women s cricket more than ever after the high-intensity World Cup earlier this year. The quality of cricket in the tournament attracted praise from around the globe. The attention has now turned towards women s cricket, if not as much as its male counterpart. However, with good news comes perils; some insiders believe that women s cricket is the fresh target for the fixers and that is how the game might be corrupted in near future. BCCI planning to bring FTP for Women s team, says Ratnakar Shetty

Women s cricket is receiving more attention and is more and more on TV so it is likely to be targeted, Tony Irish, Chief Executive of International Cricket Players Association told The Guardian. As with the men s game there are very different standards of anti-corruption education received by women across the world.

As there is lack of security process to protect women s cricket from corruption, Irish urged ICC to take necessary steps: There is no global education programme for players, either men or women, and not much appetite from the ICC to introduce one. That s a huge concern for us, especially with more and more men and women moving around the world playing in different domestic competitions.

Clare Connor, Director of England Women s Cricket, raised a similar concern: The women s game, with more televised games than ever before and with the vast majority of players not yet earning significant sums of money, is likely to be a target for match-fixers. Education and raising awareness are clearly key to guarding against it: ensuring players are clued up, switched on, aware of the dangers.

However, Alex Marshal, General Manager of ICC s anti-corruption unit, assured one and all that ICC is keeping track of cricket across genders: We need to be alert to the fact that individuals, matches or tournaments may be seen as corruptible and continue to work with members to educate, prevent, and where necessary, disrupt and prosecute, any criminal behaviour. 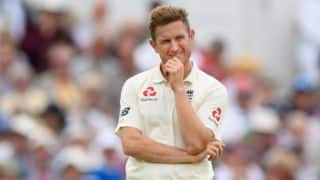 Liam Dawson on being omitted from England Lions squad: Don't think I did myself justice at Test level 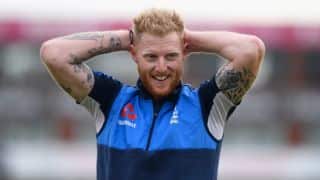