Gavaskar maintained that a left-and-right hand opening combination is a tricky one for the bowlers.

Gavaskar wrote in his column in Times of India, “It is important that India keep faith in Dhawan for he is capable of taking the game away from the opposition, but then he also has to show the patience on the field that will help him settle down and get the big scores.”

He also went on to talk about how having a left and right-hand combination at the top of the order is an advantage to the batting side. “A left-and-right hand opening combination is a tricky one for the opposition bowlers as they have to changes their line of attack and it can result in wides and extra deliveries.”

Speaking about how it would make sense for Dhawan to be retained, Gavaskar wrote, “The white ball hardly moves after half a dozen overs or less, so all that Dhawan needs to do is to choose his shots carefully. Once he gets through that initial period he can always make up in the later overs with the range of shots he has.” 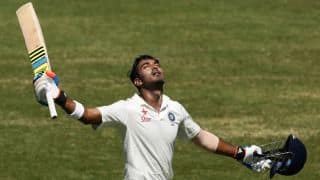 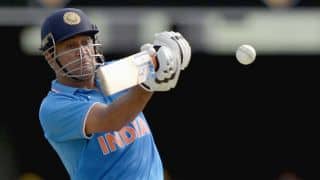