He also said that some home games of CSK and KXIP have been shifted.

Interim President of Board of Control for Cricket in India (BCCI)-Indian Premier League (IPL) Sunil Gavaskar on Friday said the uncertainty over Jaipur’s status to host the T20 league games and Rajasthan Royals‘ willingness to play in Ahmedabad led to the franchise’s home ties to be shifted to the Motera Ground in the Gujarat city.

“What I can say is the BCCI-IPL had sent letters earlier on to all associations asking for their availability in view of the fact that this year the general elections are on. We have scheduled the matches according to the okays that we have received from various associations. And because there was that little bit of uncertainty about Jaipur,” Gavaskar told reporters outside the Board’s headquarters.

He explained that some home games of Chennai Super Kings and Kings XI Punjab have also been shifted to other cities — Ranchi and Cuttack — respectively.

“And not just Jaipur, as you see from the schedule, Chennai and Mohali have also had issues. Therefore, the endeavour has been to make sure that the schedule is not been disrupted,” said the former India skipper.

He referred to the recent Rajasthan Cricket Association’s election results which are being contested by the BCCI in the Supreme Court.

“Besides, I think the RCA matters are also sub-judice.  Also, the fact that the Rajasthan Royals did indicate that they would be happy to play at Ahmedabad, the decision that was taken was in view of that.

“But it is also in view of the fact that every franchise has been talked to. Some of the regular venues like Dharamsala, for example, has missed out, Chennai will get only a couple of matches because of the election situation.”

“That is how it is, so it doesn’t rule these venues out from next season’s IPL but in the current circumstances with the kind of uncertainty that was there, the decision was taken only because of that and not for any other reason,” explained Gavaskar.

He said the franchises would be compensated for the extra expenses that will be incurred by them because of the shifting of IPL’s initial matches, scheduled from April 16, to the UAE.

“I am pretty certain they will be happy. They won’t be too disappointed. It is understood that there will be compensation but what the quantum is, is something they are working on.”

Gavaskar said he was evaluating all information he was receiving about IPL Chief Operating Officer Sundar Raman before deciding whether to retain him or not as per the Supreme Court’s interim order.

Gavaskar said a number of measures have been put in place to prevent betting or spot-fixing in IPL and hoped the tournament would be remembered only for cricket.

“We have put in a lot of measures in place. The recommendations of Justice Mudgal committee report have been accepted. Therefore, we hope that with all the things in place, we will have a tournament that will be remembered for its cricket and for nothing else.”

Gavaskar, who reached here today from Dubai, said he has been in touch with the IPL franchises and sponsors.

“Because I was in Dubai and came only this morning, I have had interactions with the sponsors as well as the franchises on the phone. We exchanged views and information about the first leg of the event,” he said.

He described his new innings in cricket administration as “interesting”.

“It’s been quite interesting. I have been updated by the other office-bearers of the IPL. I went straight to Dubai, where we had a lot of meetings because the first leg is in Dubai and the priority was obviously to make sure that leg gets off. We are hoping that it will be a terrific start to the 2014 edition of the Pepsi IPL.” 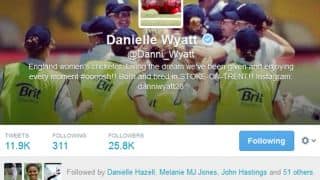