India Legend, Sunil Gavaskar firmly believes that the current generation of the Indian Cricket Team, is the best team ever.

India legend, Sunil Gavaskar has come up with a big statement, praising the Indian cricket team, saying that the current crop is the best ever produced in the history of Indian cricket. India have finished as the No. 1-ranked Test side for five years in a row, while registering consecutive Test series wins in Australia and also topping the World Test Championships Standings.

“Comparisons are always a little bit difficult but I think this is probably the finest Indian team that we have seen. It’s such a well-balanced team. It’s got champion batsmen, it’s got champion fast bowlers, fabulous spinners. They’ve got a very good wicketkeeper. A young wicketkeeper who is going to dominate world cricket for a long, long time,” Gavaskar revealed on the Analyst Show in YouTube.

Indian cricket, over the last few decades have produced some quality sides the 1983 World Cup which Gavaskar himself was a part of while the team in 1985 which won the World Championship of Cricket is considered equally great. MS Dhoni led India to a World Cup win in 2011, a unit which the great Sachin Tendulkar called the best he’s been a part of during his over two-decade long career.

However, the former India captain has his reason to justify that the current Indian team is the best ever. ” I believe that from what I have seen, from 1960 onwards, this has got to be the best Indian team ever. For the simple reason that it’s so balanced. There is no weakness at all. You could say at the top, or here and there, but I don’t think there is any weakness in this Indian team,” Gavaskar told. 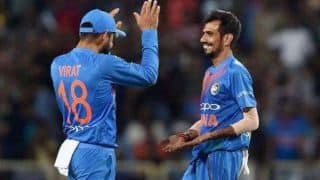 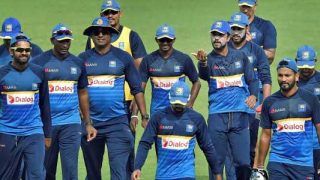