Sunil Gavaskar pointed out that South Africa will have to bat on a worn out pitch in the fourth innings.

New Delhi: Asked if India‘s decision not to en-force a follow-on on South Africa was a right one, Gavaskar said, “Yes, I think it is a right decision. The pitch will deteriorate in the fourth innings even further and South Africa will find it very tough.” India had lost the five-match ODI series and two T20 Internationals before bouncing back in the ongoing Test series, which the home team have already won 2-0. On whether he was surprised that India did not do well in the limited overs as expected but completely dominated in Test cricket, Gavaskar said, “Yes, I am surprised to a little extend. But one has to take into account that South Africa lost their most experienced and world class bowler Dale Steyn. Live Cricket Scorecard: India vs South Africa 2015, 4th Test at Delhi

And other bowlers are mostly very inexperienced.” Meanwhile, Gavaskar said that the world cricket has got used to India and Pakistan not playing bilateral series and spectators are not losing out much. Live cricket updates: India vs South Africa 2015, 4th Test, Day 2 at Delhi

“India and Pakistan haven’t played a bilateral series after 2012 and even before that there used to very few series. So, I do not think it was affected world cricket in that manner. World cricket has got used to them not playing.” ALSO READ: Sunil Gavaskar criticises South African batsmen for lack of application and temperament

On whether the spectators are deprived of India-Pakistan cricket rivalry, the former captain said, “I don’t think the series now will generate the same kind of excitement as it used to. Excitement levels in 2004-05 when Sourav Ganguly‘s team went to Pakistan or Inzamam’s team in 2007-08. That time the excitement levels were too high because of the quality of the players.

“But now, with all due respect to the current crop, the clash between the two sides would not generate so much excitement because of the kind of players.” 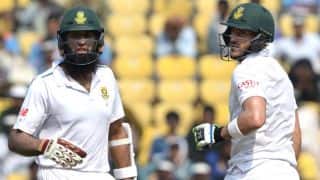 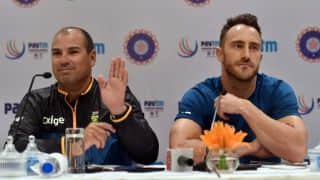