Sunil Gavaskar praises MS Dhoni but not in favour of comparison

Sunil Gavaskar praises MS Dhoni but not in favour of comparison

Former India captain Sunil Gavaskar on Wednesday refused to draw comparison between country’s most successful One-Day International (ODI) captain Mahendra Singh Dhoni and his predecessors, but said that going by sheer record the wicketkeeper-batsman surpassed all his seniors.

Dhoni registered his 91st ODI win as India captain, edging past Mohammad Azharuddin to become the most successful one-day skipper during his side’s emphatic nine-wicket win over England in the fourth match of the series in Birmingham on Tuesday.

“If you look at stats after 50-100 matches it will give you a fair bit of idea about consistency of a performer. But what I feel is that is unfair to compare captains of different era,” Gavaskar said.

“But going by sheer statistical record, Dhoni definitely tops all and no one can deny this fact. I feel may be he is much more comfortable in shorter formats.

“His strength is thinking quickly and 50-over format allows you to do that,” the batting legend told NDTV.

He also hailed India’s ODI record in overseas soil but said according to him Test cricket is the mother of all formats.

“They are certainly handling the conditions better in ODIs. They have won a lot of ODIs out of the country and have consistently performed in overseas conditions,” Gavaskar said.

“In the three ODIs India have completely outplayed England. India definitely have done a lot better that what England did in the Test series.

“But I haven’t forgotten the Test series drubbing because for me Test is always number one, it separates men from boys,” he said.

“Rahane performed well here, he batted well in the earlier overseas series as well. I think he certainly showed he has the capability of batting in every circuit,” he said. 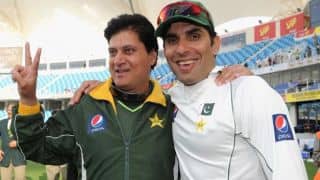