Sunil Gavaskar welcomed the appointments of Ravi Shastri as director of cricket.

Sunil Gavaskar said the newly appointed director of cricket Ravi Shastri can’t produce instant results. He has to be given some time. Though welcomed the appointments of Ravi Shastri as director of cricket and Sanjay Bangar and Bharat Arun as assistant coaches of the Indian team. After India’s humiliating  1-3 defeat in the Test series against England, the Board of Control for Cricket in India (BCCI), is in a clear snub to coach Duncan Fletcher, made three new appointments to fuel speculation that Fletcher amy quit before India’s home series against the West Indies later this year.

Elaborating on this Gavaskar told NDTV, “I think the fact that they have appointed assistant coaches, who have very real interest in Indian cricket as against commercial interests of some others, I think they will make an impact. who have . Mind you, it won’t be an immediate impact. This is not instant coffee. So you just have to be a little more patient.”

Gavaskar advised Shastri and co. to communicate more with the team and find out the the exact problem of the team, whose average age is below 30. He also felt the team had suffered from poor coaching. So it would be important for new coaching staffs to eliminate the obvious flaws that have crept into the batsmen’s technique.

Gavaskar saw another positive in the new appointments. He himself, was a batting consultant back in 2004 when India were being coached by John Wright. The former opener said there was a key difference between his appointment and Shastri’s.

“There is a difference between 2004 and now. Ravi, as I understand, is above Fletcher. In 2004, I was just a consultant and I did not have any powers on selection. I kept myself withdrawn because I did not want to encroach on Wright’s coaching duties. I don’t know what will be Ravi’s exact role but I believe Fletcher will have to report to him. There is a certain personal satisfaction that comes in seeing a player become world class. There are coaches at different levels. Some coaches can have a negative impact and that is what you have to watch out for. Wrong coaching with this Indian team has hurt the players,” Gavaskar said.

Earlier in the evening, a BCCI official had told PTI that the board hoped Fletcher would take the hint (after Shastri’s appointment) and put his papers down before the domestic season starts in October.

The five-match ODI series begins on August 25 at Bristol. 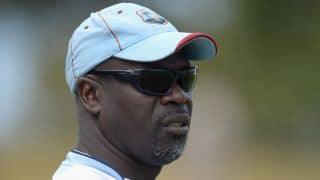