Gavaskar assured India will have a new coach within three weeks of their Bangladesh tour.

New Delhi: Hoping that the newly-formed advisory panel will soon find a new coach for the Indian cricket team, former skipper Sunil Gavaskar today advised one and all to be patient with the BCCI roadmap for making the sport move in the right direction. With many critics questioning the actual role of Sachin Tendulkar, Sourav Ganguly and VVS Laxman in the advisory panel, he termed the decision as a step in the right direction. ALSO READ: Rahul Dravid to help BCCI ‘when the time comes’, says Anurag Thakur

“They had the IPL to run. So clearly they were focussed on the IPL. One can understand that they were not going to rush into an appointment which is going to be as high profile as any. So now that they have appointed their committee, they are certainly looking for some guidance from the playing fraternity and now its a three-man committee. READ: Sourav Ganguly not sure about his role in BCCI advisory committee

“They will now come to a decision much faster. By the time Bangladesh tour is done in three weeks or so, you will get a coach,” Gavaskar told NDTV. “I am not going to be judgemental as far as A, B, C, or D is concerned, but I would say that now it is for these three men who have drafted in by the BCCI to take a call,” the Little Master answered when asked about Director Ravi Shastri‘s future with the team. READ: Sachin Tendulkar, Sourav Ganguly and VVS Laxman join BCCI advisory committee

“They have the experience, they are contemporary players, they know what the requirement of the modern player is and I am pretty certain that with three cricketing brains like that we will get just the right kind of input that the Indian team and cricket require to go forward,” he added.

Having chaired the Technical Committee for a long time and holding the BCCI-IPL President’s post for a brief while, the experienced cricketer-turned-commentator-turned administrator opines that outcome of decision’s does take some time.

“There is nothing wrong with the players being there (in the advisory role) for the simple reason that they have played at the highest level, they know what the demands and the pressures are. I think it is very early days. The committee was announced just yesterday, we don’t know what the remit of the committee is, so let’s not jump the gun and start firing in all kinds of directions. Just be patient. I think all the problems with Indian cricket and those who are around, it is the impatience.

“They want instant answers to every little question there is. Cricket is all about being patient, you will never get overnight results. I think we should be a little patient and see what the BCCI tells about what this committee is going to do, or what it should be doing and then we should take a call,” he opined. 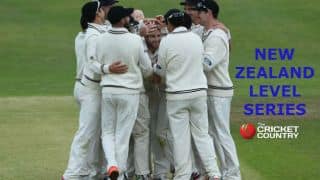