Batting maestro Sunil Gavaskar has expressed happiness with his son, Rohan s first-class career, saying it was a pretty good one. 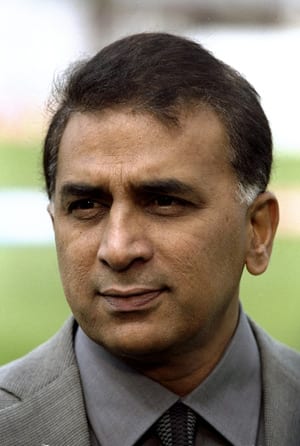 Sunil Gavaskar has said he is happy with the way Rohan’s first-class career has been carved out. The batting legend, however, said that he did not get the chance to see enough of Rohan s batting or bowling on the field. “I can t comment much on his cricket because I didn t see enough of him, it is hard for me to talk about his batting or bowling, but his first-class record is a pretty good one,” Gavaskar said.

Rohan, who recently announced his retirement from all forms of the game, has played 117 first-class matches and scored close to 7,000 runs at an average of 44. He also bagged 38 wickets with his left-arm spin. This earned him an entry into the national team, where he managed to play only 11 ODIs.

The Little Master, though, defended his son by explaining that it was hard for someone like Rohan to survive at the international level, thanks to India s strong middle-order. “As for him playing only 11 ODIs, that is a problem batting at No 6 or 7 in a strong line-up like India. You don t get too many overs to bat and are still expected to make a big score,” Gavaskar told DNA.

The former Indian captain has time and again mentioned that he had taken away all the luck, which probably affected his son. “Yes, I do believe that,” he confessed. “The luck I had in my career with dropped catches was not quite there for Rohan. So maybe I used up all the luck,” the affectionate father remarked. However, he always remained ambiguous about his son s burden of carrying forward the Gavaskar legacy. “You have to ask him if it was a burden.”

There was a buzz going around that Rohan faced umpiring horrors on the field because some match officials did not like his father. Even if that was the indeed the case, Gavaskar he said he was unable to answer. “As for him being given out because he was a Gavaskar, I cannot answer that since I hardly saw him play and you would be better of asking players he played with like Saba Karim, Deep Dasgupta, Ranadeb Bose and others.” When asked why Rohan did not play for his city in the Ranji Trophy, the former opening batsman refused to give an answer. “You will have to ask him,” he said curtly.

Gavaskar was happy that his son took the game that gave them so much. “I am glad that Rohan took up cricket as a career because this game has been so good to us and has taught us so many things, especially about winning and losing and what team work and team ethic is,” Gavaskar said, rather philosophically.

Following his father s footsteps, Rohan too, has taken up commentary post his retirement from the game and senior Gavaskars seems to be enjoying it. “I am glad he is being accepted as a good commentator and has good studio presence.” So does he have any tips for his son on how to do well behind the mic? “How many sons listen to their fathers nowadays?” he signed off.