The BCCI official had said that he did not want the cash-rich Indian Premier League to be like the domestic Syed Mushtaq Ali trophy. Former Indian cricketer Sunil Gavaskar on Friday responded to an insensitive statement made by a Board of Control of Cricket in India (BCCI) official. The BCCI official had said that he did not want the cash-rich Indian Premier League to be like the domestic Syed Mushtaq Ali trophy.

This remark from the BCCI official did not go down well with the World Cup winner, who said: “Having said that, for a so-called top BCCI official to comment that “the BCCI has to ensure the quality of the game is not poor. We did not want a Mushtaq Ali tournament,” is an incredibly insensitive statement if indeed it is true.”

Speaking on IPL, that has been postponed till April 15 due to the coronavirus, he raised doubts over the start of the tournament and said, “Whether the IPL will be played at all depends on how quickly the spread of COVID-19 is controlled. Till April 15 overseas players won’t get a visa so it may take a bit longer for the tournament to take off. Foreign players bring a different flavour to the tournament and add to the excitement, so it’s important to have them.”

Meanwhile, the ”pandemic”, as labelled by the World Health Organisation (WHO), has brought the sporting world to a standstill, with major sporting events apart from cricket have been cancelled or postponed as of nowBCCI president Sourav Ganguly has said if at all it has to happen, it has to be a truncated one. 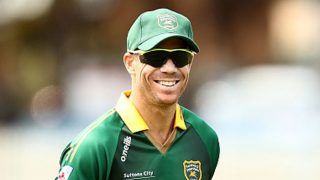 David Warner Opts Out of The Hundred Due to Personal Reasons 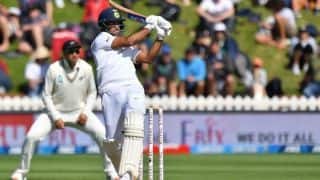