Gavaskar is the first sports personality to win the award.

Indian cricket legend Sunil Gavaskar has been selected for the Sree Chithira Thirunal Trust national award for his contribution in the field of sports.

The award, comprising a cash prize of Rs one lakh and citation, has been instituted by the Trust to honour those who proved their excellence in sports at the national level. Gavaskar’s contributions and achievements as a cricketer, commentator and administrator had been considered for the recognition, the Trust said in a release today.

Gavaskar is the first sports personality to win the award. A panel, comprising former Board of Cricket Control(BCCI) in India secretary S K Nair, Trust Chairman T Raveendran Thampi, S N Ravichandran Nair, N Harikumar and T Satheesh Kumar, selected the winner. The award will be presented to Gavaskar at a function to be held here on 12 November. 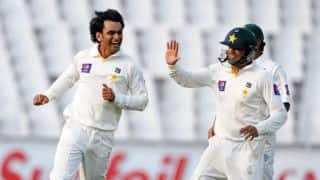