Gavaskar directly contacted the SC without going through legal procedures.

Interim President of the Board of Control for Cricket in India (BCCI), Sunil Gavaskar wrote a letter to the Supreme Court (SC) on Friday, where he demanded his salary for running the board during the Indian Premier League (IPL), 2014.

According to DNA, Gavaskar penned down his demands and sent the letter directly to the SC without going through any legal procedures.

Sunil Gavaskar was roped in as the interim president of BCCI on the May 28th as the board was shaken with scamp-tainted N Srinivasan, who was shown the door on May 27th. The ‘little master’ celebrated his birthday yesterday and the SC received the letter from him on Friday. The seventh edition of IPL took place successfully in Dubai and India under Gavaskar’s supervision. 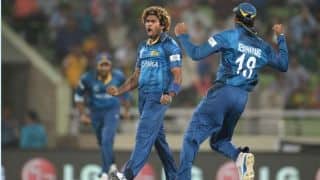