Narine may request an Official Assessment from the BCCI Suspect Bowling Action Committee.

Mumbai: Oct 2, 2014
West Indies T20 skipper Darren Sammy backed mystery spinner Sunil Narine, who has been reported for suspect bowling action during an Champions League T20 2014 match, stating that he will still be the most dangerous spinner in the world even without his quicker deliveries.”I am not worried. Narine is a champion. Whether they stop him from bowling the faster ball, he is still the most dangerous spinner in the world,” Sammy told reporters here in an open media interaction.

“I believe that he will still be a great asset to us. He will do whatever he has to do to come back and (have) all his different tricks up his sleeves by the time of the World Cup.I still feel he will be our a champion spinner and in the world,” he insisted.

The CLT20 organising committee had confirmed the development that on-field umpires Anil Chaudhary and Chettihody Shamshuddin along with third umpire Kumar Dharmasena had expressed their suspicion about the quicker delivery bowled by Narine in a match between his IPL team Kolkata Knight Riders and Dolphins.

“Mr. Narine was reported by on-field umpires Anil Chaudhary and Chettithody Shamshuddin, along with third umpire Kumar Dharamsena at the conclusion of the match. The report specifically relates to the quicker ball bowled by Mr.Narine,” according to a press statement issued.

“Under the CLT20 Suspected Illegal Bowling Action policy, Mr. Narine may request an Official Assessment from the BCCI Suspect Bowling Action Committee. Mr. Narine has been placed on the warning list and may continue to be selected to play and bowl for his team in a match,” the release had further stated. 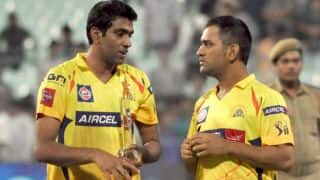