Sunil Narine says home advantage is working for the West Indies against Bangladesh.

West Indies off spinner Sunil Narine has cautioned against taking Bangladesh lightly following his side’s crushing 177-run victory in the second One-Day International (ODI) here at the National Stadium. Friday’s win seals the series two-nil for West Indies with the third and final match to be played at Warner Park in St.Kitts Monday, reports CMC.

Narine, who triggered Bangladesh collapse for 77 all out, says home advantage is working for the regional side.

“I don’t think there is anything wrong with the Bangladesh batsmen. They are very capable batsmen, it’s just our turn to be on top of the game. I think we have some rough games in Bangladesh where they had home advantage,” said Narine, in reference to the last series between the two sides in which Bangladesh prevailed 3-2.

“So I think we are having home advantage now so it just to continue what we are doing and try to build the momentum going into the test series. I don’t think they are rusty the wicket is not as Bangladesh flat wickets. It’s a little more giving so the bowlers,” he said.

Narine, man-of-the match, grabbed three wickets for 13 runs, including two wickets in two balls, as Bangladesh made a disappointing attempt to chase down the 248-run target set by West Indies.

Pacer Kemar Roach picked up three wickets for 19 runs including the wicket of opener Tamim Iqbal, the lone batsman to get into double figures with 37. Chris Gayle led the Windies batting with a top score of 58, Darren Bravo scored 53, Lendl Simmons 40 and Denesh Ramdin 34.

“We are happy that we won the series but I think we have to take the last as serious as the first game and try to win a series without losing a game,” said Narine.

“We would love to start back on the winning note as we are doing here now. We just need to build on this momentum. Try to win couple of more games and win more series.”

Narine is predicting a high scoring encounter when West Indies and Bangladesh meet in the third and final ODI at Warner Park Monday.

“St.Kitts is a different track. I think it is a more paradise for Bangladesh,” said Narine. “I think it’s is going to be a high scoring game so I think we need to go out there and back ourselves. It is a venue we are accustomed to and hopefully we can continue doing good.” 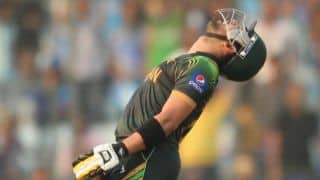 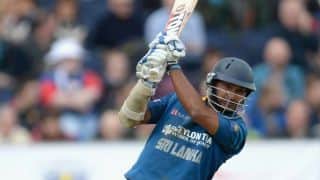