Former India colts player Sunny Singh hit 157 to help Haryana get a point against hosts Delhi in an opening round Ranji Trophy Elite Group encounter at the Roshanara ground. 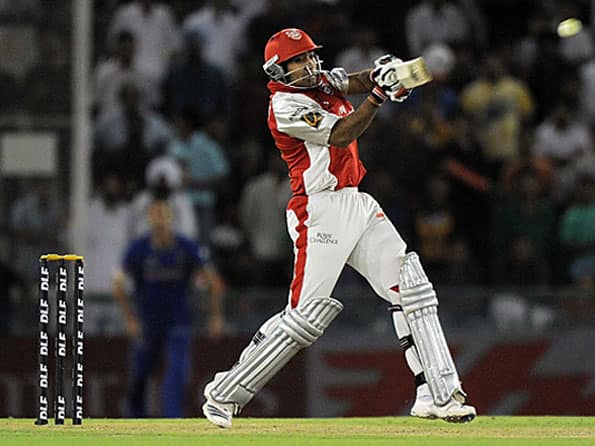 Sunny Singh faced 269 deliveries for his knock of 157

Former India colts player Sunny Singh hit 157 to help Haryana get a point against hosts Delhi in an opening round Ranji Trophy Elite Group encounter at the Roshanara ground.

Starting the day at 94 for two, Haryana batsmen led by Sunny showed dogged resistance and the lifelss Roshanara track also helped their cause as they reached 318 for eight when umpires called off the match with consent from captains.

Delhi however got three points from the match by virtue of their first innings lead of 59 runs.

When play was finally called off, Haryana had an overall lead of 259 runs.

Delhi started the day in right earnest with speedster Parwinder Awana trapping overnight batsman Abhimanyu Khod plumb in front. But that was the last success for Delhi for some time as Sunny along with all-rounder Sachin Rana (38) added 111 runs for the fourth wicket.

More importantly, they consumed 32.3 overs in the process shutting out any hopes that the hosts harboured of an outright win. The only chance that Delhi got during the phase was when Rana edged one off Awana which was dropped by Unmukt Chand in the slips.

Sunny in all batted for nearly six and half hours facing 269 deliveries in the process. He hit 19 boundaries and a six.

The most important aspect of his batting was the responsible manner in which he approached. For someone who loves giving the ball a mighty thwack, Sunny waited patiently for the loose deliveries as he was intent in garnering a point for his team.

When he finally retired due to cramps, the match as contest was over.(PTI)