IPL 2021 Players List: Check out the complete list of players of 2016 champions Sunrisers Hyderabad have retained and released ahead of the auction in February.

The southern franchise had a decent season, they made it to the playoffs but could not make the finals. They had problems early on in the season in UAE, but then the core came to the fore and rescued the Orange Army. The side could release Basil Thampi and Shreevats Goswami.

As expected, the Hyderabad franchise has kept its core intact and released five players. Sanjay Yadav, Sandeep, Prithvi Raj, Fabien Allen, and Billy Stanlake have been released. Warner in all probability would lead the side. Sunrisers Hyderabad now has Rs 10.75 crore in their wallet for IPL 2021 Auction.

They will look to take that one step further and make the finals in the fourteenth season. 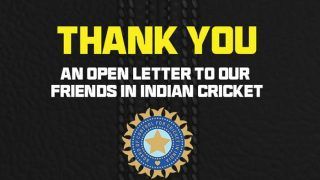