Sunrisers' team mentor Laxman feels the addition of Finch and Warner is a plus point.

Sunrisers Hyderabad‘s  mentor VVS Laxman feels they are ready for the Indian Premier League (IPL) 2014 challenge, as his side has all the bases covered. With a strong team at their disposal, Sunrisers will be going in with full of confidence in to the first leg of the T20 tournament in the United Arab Emirates (UAE) starting April 16.

The Hyderabad-based franchise had a very good first season in the IPL where they finished fourth. In this year’s auction, they bought the services of hard-hitting Australian pair of David Warner and Aaron Finch. Their skipper Shikhar Dhawan was retained, adding to the firepower in the batting line-up. In the bowling department they retained their strike bowler Dale Steyn, and bought Indian seamers Ishant Sharma and Bhuvneshwar Kumar.

Their team mentor Laxman feels the addition of Finch and Warner has been a plus point. “We have retained players who have done well last year and added skilful T20 players who will straightaway fit into the environment we created last season. There was a lot of stress on building the right environment and we now have players with good skill sets, right attitude and fighting spirit to win tough matches,” he told Times of India.

The Sunrisers were a better side when they played at their home ground, but couldn’t produce the same performances when they played away from home. Talking about the issue, Laxman said, “We hope to address that issue and go one better this time. In Warner, Finch and Dhawan we probably have the best top three in T20 cricket. The top three are very important in this format and then we have the likes of Darren Sammy and Moises Henriques as options to follow them. Overall it’s a balanced team for all conditions.”

They had to use their right to match card during the auction to get back Amit Mishra, who had a very good ICC World T20 2014. He will have the support of Karn Sharma and Parvez Rasool, which will add more variations in the bowling attack.

This year they will have a different set of domestic players, who Laxman feels could play a vital role in the team’s success.

“We have good local talent both in terms of international and domestic experience. Bhuvneshwar, Ishant and Irfan [Pathan] have good knowledge of various conditions,” he concluded. 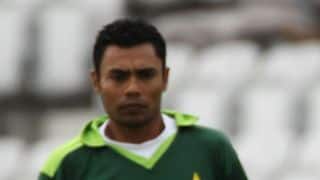