Punjab hold edge over upbeat Hyderabad in this crucial 39th match of IPL 7.

Match No 39 of Indian Premier League (IPL) 7 will be played between an inconsistent Sunrisers Hyderabad (SRH) and an intimidating Kings XI Punjab (KXIP) at the Rajiv Gandhi International Stadium in Hyderabad. While the Sunrisers have put in two solid performances back-to-back to boost their chances of making it to the top four, Punjab are sitting pretty in the top half of the table despite a shock loss to the Kolkata Knight Riders. After the loss to Mumbai Indians, SRH will be looking to get back in the contest, while KXIP will be looking to consolidate their position at the top of the points table.

Hyderabad lost their last game at home, and will be looking to rectify that in this game. There wasn’t much spin on offer, and their leg-spin twins of Amit Mishra and Karn Sharma were unable to get past the duo of Lendl Simmons and Ambati Rayudu, and that really hurt them against Mumbai. On the other hand, Punjab will not mind that one bit, as Glenn Maxwell likes to go against the spin when hitting the ball on the leg side. However, with Bhuvneshwar Kumar bowling the way he is at the moment, Maxwell will do well to see him off rather than attack him right from the get go.

Virender Sehwag turned back the clock against KKR with a blistering 74-run knock. His form bodes very well indeed for Punjab, as they now have three key batsmen in top form who can control things at the top, during the middle overs, and especially at the death. David Miller will be looking to convert his starts and go on to get a few big runs.

For the Sunrisers, Shikhar Dhawan’s form has been perhaps their main concern. While he has looked good in patches, he is yet to cross 40 this season. Being the skipper, the onus is on him to lead from the front. Aaron Finch scored some valuable runs in their last game, but at a strike rate that was far from what we are used to seeing from him. He would be looking to get in the big hits more regularly. David Warner has been the batsmen in the best form for SRH this year, and has invariably scored runs for them. Perhaps a shift in the batting order might do them some good, with Dhawan or Finch moving a spot or two lower in the order.

Hyderabad have arguably the best bowling attack in IPL 7, but their fifth bowler has been a cause for concern. Ishant Sharma has leaked runs in every game he has played in, and while Irfan Pathan looked very good for a couple of games, he took a pounding from Simmons and Rayudu in the last match. Karn Sharma and Mishra have not been as consistent as they were last year, and would be looking to spin a web around Maxwell, Miller and the rest.

For Kings XI Punjab, Sandeep Sharma has been outstanding with the new ball. Barring an off game against KKR, he has invariably struck in his first spell itself and this has always put their opponents on the back foot. Mitchell Johnson’s form hasn’t been blistering, and perhaps they could try out South African pacer Beuran Hendricks for a game or two to save up Johnson for the latter part of the tournament.

On paper, this should be a no-contest with Kings XI Punjab coming out on top, but with the likes of Dale Steyn and Aaron Finch threatening to explode at any moment, it would be foolish to write off the Sunrisers Hyderabad completely. 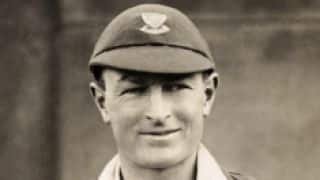 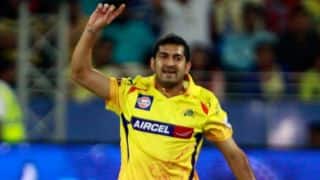