Lodha committee provoked the Supreme Court to observe that public functions relating to cricket can be taken over by the government with the enactment of a law in Parliament.

New Delhi: Persistent efforts by BCCI and its full members to block implementation of some crucial recommendations of the Justice R M Lodha committee today provoked the Supreme Court to observe that public functions relating to cricket can be taken over by the government with the enactment of a law in Parliament. “Why can’t the public function of BCCI be taken up by Parliament? The question is if the activity of organising cricket matches, sending and picking up national team, can be taken up by the Parliament. “Suppose a law, by which Indian team can be selected by Indian Parliament,” a bench comprising Chief Justice T S Thakur and Justice F M I Kalifulla said. READ: Lodha Committee’s positive suggestions should be implemented with immediate

The remarks by the bench came when senior advocate Kapil Sibal, appearing for Baroda Cricket Association (BCA) which is one of the three full-members of BCCI from Gujarat, opposed the Lodha Commission recommendation of one-state, one-vote. Sibal said there is no restriction on the state to take over activities of the game but it will require change in bylaws and mentioned Article 19(4) of the Constitution. He was also of the view that it may not be favourable for Parliament to take over the cricketing body. The same issue was also raised by the bench when Mumbai Cricket Association (MCA) was making its submission against the recommendation of one-state, one-vote policy.

The senior advocate appearing for MCA also responded to the query on the recommendation prohibiting ministers and government officials in the cricket board. He said there should not be anything to demonstrate that a particular class is an out caste. MCA, headed by Sharad Pawar, favoured involvement of politicians in sporting bodies, saying presence of eminent people helps in getting work done for organising big sporting events which require police bandobast and other such things. “That is the reality,” he said, answering the bench’s specific query: “Can we only have politicians as advisors? Shouldn’t the system also function without any politician?” READ: BCCI to consider legal options to safeguard existing structure from Lodha Committee

Sibal also faced some sharp questions from the bench about lack of initiative by BCCI on the development of the game in Northeastern states like Manipur and Mizoram, as also about the discrimination in allocation of funds to cricket associations of states like Bihar. While deliberating on the public function of the BCCI, the bench said “judicial orders are meant to make your working transparent and objective. Can a registered society say I am delivering public function but will not listen to anyone? So long you are doing public function, you can’t say you will not listen,” the bench observed. While being critical of the functioning of BCCI, the bench said “What does it have to do with public function? What about Manipur, Mizoram and other Northeastern states? Don’t they rejoice when India wins?”

Sibal said “In Northeast, there is no development of cricket because of various reasons like particular type of terrain, problem of connectivity etc.” However, the bench said the monopoly enjoyed by the cricket board was making it to work in such a manner that development of the game has not reached those states. “So long as you enjoy monopoly as a member of the society, players and venues will be selected according to your wishes. But does that monopoly (dissuade) developing cricket in Manipur and Mizoram,” the bench asked. “Have you spent a single penny in Mizoram and Manipur? You have not spent a single penny in these states in the last ten years,” it said, while also referring to 11 states including Bihar which have got zero grant in last five years. READ: MPCA to adhere to BCCI decision on Lodha Committee’s recommendations

Sibal said “I have something to say but I don’t want to say. It is very difficult to organise cricket matches. It is difficult in Northeastern states, you know that. Connectivity and movement is difficult.”  However, the bench continued and said there are no promotional activities in these regions but in Goa, which is spread over 30-40 km, the grant by BCCI is of Rs 60 crores. Earlier, MCA completed its arguments in which it complained that losing full membership would also come in its way of receiving less funds as an associate member. However, the bench asked, “Is there any regulation in Lodha committee on fund allocation? How has the issue of fund allocation been dealt with by Lodha comittee?”

“If you will become an associate member, you will lose the voting right but not the allocation of fund rights,” the bench said, adding that “You will get your entitlement based on the relevant parameters. Your entitlement is based on the infrastructure and other factors and not on the basis that you have the right to vote.” Elaborating that it did not see any co-relation between the voting right and economic right, it said “vote is not going to determine who will get what amount. It is because you have formed a mutual benefit society. We can understand if your entitlement for fund is on rational parameter. How will you be affected? Only you will not be entitled for the vote.” 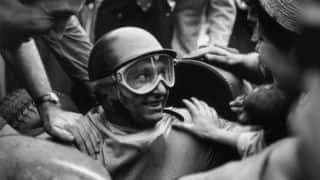 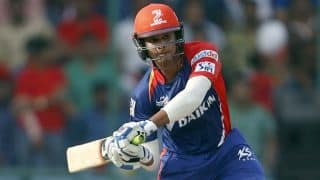