G Meiyappan is said to have predicted scores to Vindoo Dara Singh during the match.

The Supreme Court-appointed Committee on betting and match- fixing in Indian Premier League (IPL)  has sought further investigations into the match between Chennai Super Kings and Rajasthan Royals in May last year over which Tamil Nadu police has a report implicating an “important” Indian player, Gurunath Meiyappan and a hotelier Vikram Agarwal.

The report of Justice Mudgal Committee, which was presented in the Supreme Court, refers to an instance when CSK Team Principal Meiyappan had predicted to Vindoo Dara Singh a score of 130-140 runs which happened to be close to the actual score of 141 runs scored by CSK.

However, the committee, which does not disclose the name of the player, said it is aware that such conversation per-se would not mean Meiyappan was involved in fixing a match.

The fact that Meiyappan had knowledge of or was in position to easily access sensitive team information, team strategies, knowledge about match conditions, etc., which knowledge/ information was otherwise outside the preview of an ordinary person following the game of cricket.

However, the Committee feels that there is enough information available on record to indicate that a further investigation is required in respect of the match held at Jaipur, between Rajasthan Royals on May 12 last year.

Dealing with the role of Chennai police, the Committee said it wanted to verify the interrogation report pertaining to one Utham Jain alias Kitty in connection with a case in the Q Branch CID.

The SP of Q Branch CID (Internal Security) appeared before the Committee on January 25 this year and she promised to produce the file the same day and that the investigating officer would be present.

“Thereafter, no one appeared before the Committee room from Q Branch at 4 pm and the concerned file was not produced.

There was no information and/or any communication conveyed to the Committee either”, it said.

The report said the incident was important because the then SP of Q Branch, who had submitted the interrogation report on May 23 last year, had deposed that Jain had stated about a match-fixing deal on April 27 last which implicated “one important Indian player, Gurunath Meiyappan and and a certain Vikram Agarwal”.

“The non-production of the said interrogation report is therefore highly suspicious and there seems to be a deliberate intention to cover-up the match-fixing deal allegedly arrived at on April 27, 2013,” the Committee said.

It said Jain after his interrogation by the Q Branch was handed over to the CB CID Branch of Chennai Police.

“Apparently, no investigation on the match-fixing was ever carried out by the Chennai Police and the officers who were privy to the contents of Jain’s statement under section 161 of the Cr PC were immediately transferred out from their respective positions.

“Curiously, the interrogation report of Jain by the CB CID Branch of Chennai Police do not reveal anything about any deal on April 27, 2013.

“This matter is of grave significance. There is a necessity for a further probe into the matter and the same may therefore be directed by the Honourable Supreme Court”, the report said. 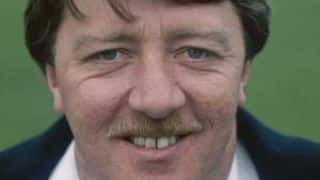