Appearing for BCCI, senior counsel Parag Tripathi told the court that for corruption and betting, the punishment is lifetime ban from the game.

The Supreme Court on Thursday reserved its order on a plea by former cricketer S Sreesanth challenging the lifetime ban imposed on him by the Board of Control for Cricket in India (BCCI) for his alleged involvement in match fixing during IPL 2013.

The bench of Justice Ashok Bhushan and Justice K.M. Joseph reserved the order as apex cricketing body said that Sreesanth was found guilty on all the three counts – corruption, betting and bringing disrepute to the game. (ALSO READ: Had ‘stubbornly’ refused to get involved in match-fixing: S Sreesanth to SC)

The court has given both Sreesanth and the BCCI to file their written submissions in two weeks.

Appearing for BCCI, senior counsel Parag Tripathi told the court that for corruption and betting, the punishment is lifetime ban from the game.

Pointing to zero tolerance towards corruption and betting and also any act bringing disrepute to cricket, Tripathi told the court that at no stage, Sreesanth brought it to the notice of BCCI’s Anti-Corruption Unit about his being approached by bookies.

The BCCI also reiterated the charge that Sreesanth never explained to the inquiry committee about where Rs 10 lakh, an amount that finds mention in the recorded telephonic conversation, came from.

In his rejoinder arguments, senior counsel, Salman Khurshid appearing for Sreesanth said that the onus of proving the guilt was on the BCCI. He said it was for the BCCI to establish that Rs 10 lakhs had come from questionable sources for match fixing. (ALSO READ: BCCI ditches ICC s Anti-Corruption Unit for IPL 2019)

Referring to the taped conversation, Khurshid said it says that transaction would take place only if former cricketer concedes 14 runs in an over and that it would be off for anything less than that.

In the alleged over, where Sreesanth was to concede 14 runs, in fact 13 runs could be scored. It has been contended against Sreesanth that there was one no ball, which would have made it to 14 runs, but it escaped the umpire’s sight.

Wrapping up his rejoinder arguments, Khurshid urged the court to save the career of the “young cricketer, who is not that young now, but still retains the spirit of cricket.”

In the earlier hearing, Sreesanth had told the court that he initially confessed to the Special Cell of Delhi Police about his alleged involvement in the 2013 IPL spot-fixing scandal to escape sustained and continuous police torture.

Sreesanth moved the top court challenging the Kerala High Court order upholding the lifetime ban on him by the BCCI.

The BCCI had on May 15 last year opposed the plea by Sreesanth seeking a relaxation of the ban on him, so that he could play in county cricket in England.

BCCI had earlier told the court that it has already appealed against the order discharging Sreesanth in the spot-fixing case during IPL 2013.

The Delhi Police had arrested Sreesanth and his two other Rajasthan Royals‘ teammates, Ajit Chandila and Ankeet Chavan, on the charge of spot-fixing during IPL 2013. 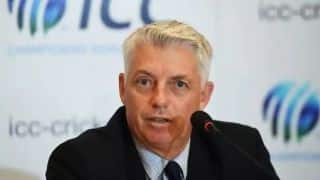 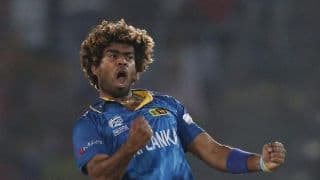