SCA on Sunday said the recent directive of the Supreme Court which put a freeze on funds from BCCI to the state associations won't affect first India-England Test.

Rajkot: The Saurashtra Cricket Association (SCA) on Sunday said the recent directive of the Supreme Court which put a freeze on funds from BCCI to the state associations won’t affect the conduct of November’s first India–England Test to be played. “The apex’s court direction to BCCI to restrict funds to its affiliated state associations will have no negative impact on the first India-England Test match,” SCA Honorary Secretary Niranjan Shah told PTI. “The Test match or any international event cannot be cancelled or postponed for want of funds,” Shah said. FULL CRICKET SCORECARD: India vs England, 1st Test at Rajkot

This will be the maiden Test ever hosted by SCA. The first Test of the five-match rubber will begin at the SCA Stadium, in Khanderi on the outskirts of the city, from November 9. “Generally BCCI’s affiliated associations do not depend on funds released from the board, they [associations] bear the expense and the reimbursement process is a day-to-day procedure,” Shah added. Tightening its noose around the embattled BCCI, the Supreme Court on Friday choked funds to the state associations till its top boss Anurag Thakur and the units “undertake to implement” the Lodha committee recommendations on reforms.

Shah said the SCA is able to host the Test on its own financial strength. “SCA would be able to bear the match expenses, even if we do not receive the funds,” Shah noted. It is against England that India have had a poor record in Test cricket in the last six years or so, losing all of their three Test series in this decade. 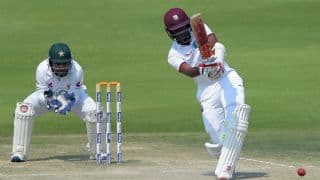