Seeking to prove his detractors wrong, Suresh Raina has stated that he was "built" for Test cricket and is working on playing the short ball -- perceived to be the batsman's weakness -- better. 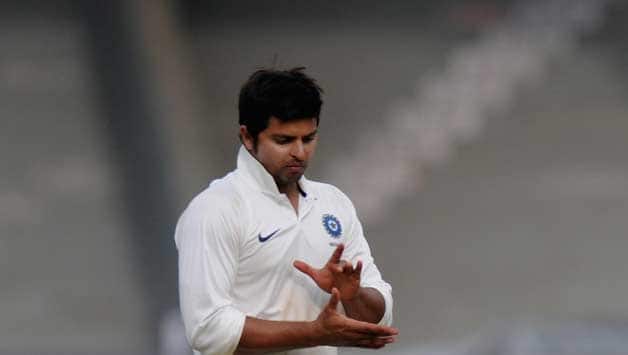 Seeking to prove his detractors wrong, Suresh Raina has stated that he was “built” for Test cricket and is working on playing the short ball — perceived to be the batsman’s weakness — better.

“I know I am built for Test cricket. I have done well in Tests. I played well in the West Indies (last year). The first Test in England also went well for me. I am working hard.

“The number six or seven slot is a difficult one to bat at. Henceforth, I will ensure that I will prove I am capable of being a good Test player whenever I get a chance,” Raina said.

About being perceived as a limited-over cricketer, he said, “People will talk about me being a one-day player but let them talk, I know I have time. (In Tests) I have been out eight or nine times to spinners and I am working on that. I have won Twenty20s and ODIs for India, (but) haven’t got such a chance in Tests.

As far as playing the short ball is concerned, he said he has been working on it.

“Everyone is discussing it and we are getting better. I am feeling good, my body weight is balanced and mentally I am approaching the ball well. No player is perfect and he takes time to master a particular thing,” he was quoted as saying by ‘cricinfo’.

Left out of the squad for the first two Tests against England, the batsman said he was not too worried about selection.

“I don’t know. Maybe I was thinking that I was going to be selected but that’s a part of the game. Sometimes you do well and sometimes you don’t. I have a couple of Ranji games,” Raina said.

“I have played two and I am going to play a couple more before the selection for the third Test. I am enjoying the Ranji Trophy and not really thinking about the selection.”

Raina believed it’s better to hone one’s skills in domestic cricket then being excluded from the playing XI.

“I think it’s better to play domestic cricket than just sit in the fifteen. Yuvraj (Singh) has made a good comeback after recovering from his ailment and he will get priority.

“Lots of matches (are) coming up, against Australia we have four Test matches (to play), and there are quite a few one-day matches. I am just concentrating on playing (domestic cricket), doing my fitness and hope to do well in the upcoming games.”

“He is a good human being. He has played a lot of international cricket and he knows what a player feels. So I felt nice when he walked up to me and gave me confidence.”

“Everyone thinks differently. Praveen Amre was my coach for a long time, I am comfortable with him. Gary Kirsten (former India coach) was a left-hander, and Stephen Fleming (Chennai Super Kings coach) is a left-hander too. Now we have Duncan Fletcher as the coach.

“Coaching is different at all times, Ranji Trophy is different. International cricket is different. I personally believe that domestic coaches are good for communication. They have seen you bat and they can talk to you about your game.

You are getting a lot of money in the IPL but you can utilise the money. There is no harm in that. You can invest the money in a good way.

“Dhoni and I play for the same team, Chennai Super Kings, but apart from that there is nothing. People perceive that we are friends but then the same can be said about Sachin (Tendulkar) and Zak (Zaheer Khan). You need to use the word friend in the right context,” he added.

Ishant Sharma skips practice ahead of first Test against England