Indian cricketer Suresh Raina got engaged to his childhood friend Priyanka Chowdhary on Wednesday. The wedding will take place on April 3 at the Hotel Leela Palace in New Delhi. Meanwhile Anushka Sharma and Virat Kohli are in the capital these days and they are likely to attend the wedding on Thursday. Whether MS Dhoni, Raina’s closest friend in the Indian team will attend the marriage or not, is yet to be confirmed.

Earlier, during the ICC Cricket World Cup 2015, Raina has apparently told his teammates about the wedding and has informed some of his close friends about it as well. The bride is apparently a good friend of Raina’s, who’s mother is also a good friend of the Priyanka’s mother. The wedding was scheduled to take place in Lucknow earlier, but now it will take place in the capital. Top 10 batsmen in ICC Cricket World Cup

Raina was earlier linked to Tamil actress Shruti Hassan, daughter of legendary actor Kamal Hassan. It is believes that Raina was introduced to Shruti during a party and have bonded very well ever since. However, both of them have denied such speculations, reports abplive.in. Later Raina revealed the truth about Priyanka and their future plans.

According to some reports in media, Priyanka is currently working in Netherlands. Prime Minister Narendra Modi, Uttar Pradesh chief minister Akhilesh Yadav are invited among the top guests in the ceremony. Top 10 bowlers in the ICC Cricket World Cup 2015 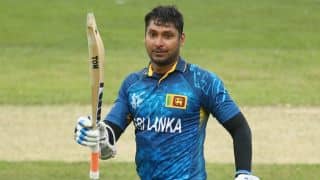