The BCCI announced the central contracts in its Annual General Meeting at its headquarters in Mumbai on Monday.

The Board of Control for Cricket in India (BCCI) announced their central contracts list in their Annual General Meeting (AGM) that took place at its headquarters in Mumbai on Monday. Key members of the team including limited-overs skipper MS Dhoni, Test skipper Virat Kohli, Ravichandran Ashwin and Ajinkya Rahane were grouped under ‘Grade A’, while Rohit Sharma was surprisingly put under Grade B alongside the likes of Ambati Rayudu, Murali Vijay, Shikhar Dhawan, etc. The board also announced the central contract list for the women’s team, the decision of which was taken last month, with Mithali Raj (skipper), Jhulan Goswami, Harmanpreet Kaur and MD Thirushkamini making it to ‘Grade A’. UPDATE: SURESH RAINA ADDED TO GRADE B IN THE 2015-16 CENTRAL CONTRACTS

Among the other highlights from the AGM, current BCCI President Shashank Manohar is all set to replace N Srinivasan as the ICC Chairman, which will mark the end of the latter’s influence in Indian as well as global cricket. In an effort to fight against conflict of interest among the players and officials associated with the board, Roger Binny was removed from the national selector’s panel due to the presence of his son Stuart in the national team. Ravi Shastri was removed from the Indian Premier League (IPL) governing council, Rajeev Shukla was retained as the IPL chairman and Sourav Ganguly will replace Anil Kumble as BCCI technical committee chairman among the other highlights. READ: Roger Binny sacked as national selector following BCCI AGM 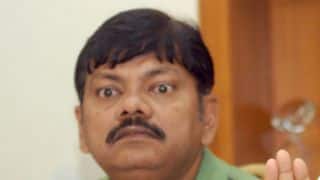