Raina finished his innings against Kolkata Knight Riders at 68 off 51 balls. He struck 7 boundaries to get his runs as the Gujarat Lions began their campaign in style.

Suresh Raina began the 10th edition of the Indian Premier League (IPL) 2017 with a bang, moving past Virat Kohli as the highest run-scorer in the history of the tournament. Raina achieved the feat during the first match of the tournament for his side Gujarat Lions (GL) against Kolkata Knight Riders (KKR), which got underway on Friday evening. After 6 overs, Gujarat Lions were 52 for 1, with Raina batting on 14 and Brendon McCullum on a 15-ball 23 not out. This was when Raina had toppled Kohli from the top spot. He remained unbeaten till the end, scoring 51-ball 68 and guiding his team to 183 for 4. FULL CRICKET SCORECARD: GL vs KKR

Raina finished his innings against Kolkata Knight Riders at 68 off 51 balls. He struck 7 boundaries to get his runs as the Gujarat Lions began their campaign in style. Kohli, who has been nursing a shoulder injury and is still not completely fit, has scored 4,110 runs in 139 matches at 38.05. Kohli has so far struck 4 centuries and 26 fifties in IPL, with all of his tons being recorded in the previous edition of IPL. Kohli, who had been in a terrific form until the India-Australia Test series, can be expected to edge past his counterpart in the T20 competition.

At the third spot in the table is Rohit Sharma, who has 3,877 runs in IPL in 143 matches at 33.42, with one century and 29 half-centuries. Gautam Gambhir is on the fourth spot, while swashbuckling West Indies batsman Chris Gayle is on the fifth spot in the list of most run-getters in IPL. 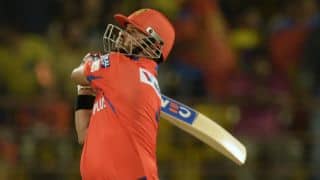 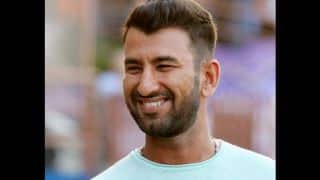