Mumbai Ranji Trophy skipper Suryakumar Yadav is reported to have stepped down following the side’s poor performance in Ranji Trophy 2014-15. Suryakumar, who plays for Kolkata Knight Riders (KKR) in the Indian Premier League (IPL), has been one of Mumbai’s batting mainstays for the last couple of years.

Off-field issues as well as poor form on the field might have caused Suryakumar, who has been in good batting form, to stand down, Cricbuzz reported. Mumbai is currently on 11 points after six games, following a shock loss to minnows Jammu and Kashmir early in the tournament.

The Mumbai Cricket Association (MCA) had earlier issued warnings to Suryakumar as well as pace bowler Shardul Thakur after the pair were involved in an altercation during Mumbai’s last match against Madhya Pradesh. Suryakumar was elected Mumbai Ranji Trophy captain earlier in the season. 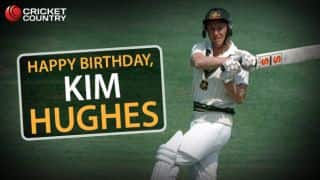