England Twenty20 skipper Graeme Swann said that his remarks that Kevin Pietersen was not a natural leader have not strained their relationship and the issue was not a distraction in the ongoing India tour. 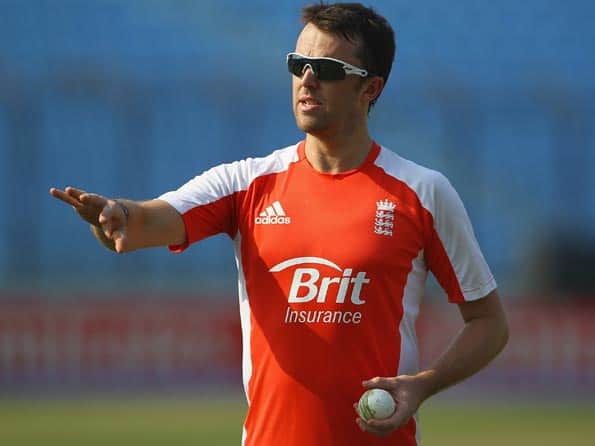 England Twenty20 skipper Graeme Swann said that his remarks that Kevin Pietersen was not a natural leader have not strained their relationship and the issue was not a distraction in the ongoing India tour.

Swann had written in his autobiography ‘The Breaks Are Off’ that Pietersen was not a natural leader and should not have captained England.

Asked about his remarks against Pietersen ahead of their one-off Twenty20 International against India here tomorrow, Swann said, “My relationship with KP has unchanged. It’s fine. I am afraid people churned out stories that did not exist.”

The excerpts of the book were published just ahead of England’s one-day series in which they were humiliated 0-5 by India.

“It was an opinion of mine some years ago. Some people chose that for a headline of me slamming (Pietersen). A few more people could have seen it the way it was and they would have realised it was not a character assassination,” Swann said.

Asked about coach Andy Flower’s disapproval of the timing of such autobiographies, Swann said, “As Andy pointed out about the timing. But it was pretty harmless.”

“People who have read the book must have noticed that it was not a character assassination on anybody.”

Asked about his posts on microblogging site Twitter in which he had written that he received death threats, Swann said, “Social media is good. you get a fair amount of supporters. but it’s disappointing some people feel the need to issue death threats.”

The fun loving Swann, known to be a joker in the English pack, in a lighter vein added that it was from James Anderson’s family.

“It’s (death threats) not new to me. I’ve got once misfielding against Pakistan. I think that was from Jimmy Anderson’s family,” he joked.

Anderson earlier tweeted, “I missed going over 300,000 followers. Probably because I was busy blocking a couple of hundred death threats last night. But later he had also tweeted that he was not serious.

“I think those of you expecting me to be serious should unfollow me.” (PTI)

Robin Uthappa likely to play in one-off T20 against England