Chastened by their experience of the abandoned first cricket one-dayer against India, England would have off-spinner Graeme Swann back in the fold for the second game at Rose Bowl here on Tuesday. 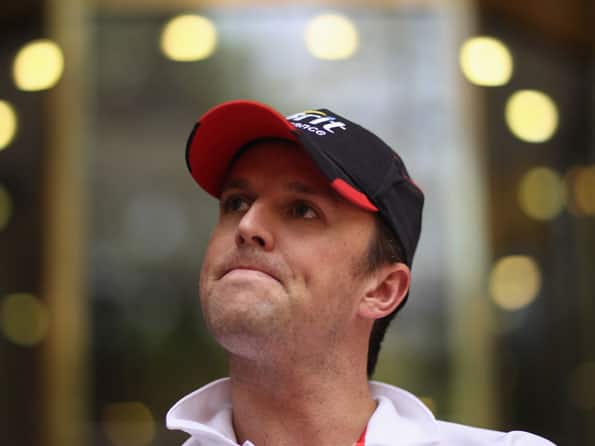 Chastened by their experience of the abandoned first cricket one-dayer against India, England would have off-spinner Graeme Swann back in the fold for the second game at Rose Bowl here on Tuesday.

Swann, who was laid off due to a stomach bug, is due to return and even though his replacement Samit Patel did nothing wrong on Saturday, the best one-day bowler of the world would only help the cause of the hosts.

Swann takes his ODI wickets at 4.43 runs apiece and a wicket every 33 balls — a record which he looks to improve upon in the remaining games of the five-match series.

Swann would be expected to break the kind of partnerships which Indians had in the middle overs yesterday — Parthiv Patel and Virat Kohli putting on over 100 runs for the third wicket. India eventually posted an imposing 274 in their alloted 50 overs before rain played spoilsport.

“In one-dayers, your job is to pick up wickets in the middle overs and not bowl in the end. Some bowlers do bowl at the death but that’s not my role,” said Swann in an official brochure.

Swann spelled out his philosophy of bowling in shorter formats of the game.

“The major difference in a Twenty20 game is that you know that the batsmen are more likely to hit boundaries from the word go. You’ve only got 24 balls, you’re trying to bowl 24 dots, 24 singles if possible,” he said.

“During a one-dayer, it’s much more a case of building spells, you can have mini spells within your 10 overs, when you try to build a really tight three overs, but in Twenty20 cricket, you’re trying not to get hit for a four or a six.”

“There’s different way of approaching it. It’s not always going to spin square. Sometimes bowling three or four tight overs will lead to a wicket. So it’s about adapting,” Swann added.

“Whatever batsmen you bowl at, he is going to play you differently and give you different ways of getting them out.

So it’s a case of knowing how best to approach that batsman.”

Swann emphasised on the significance of adapting to the track.

“You’ve got to face facts, sometimes you play on very good wickets, when you will try to go for less than five or six an over. If you can, others days you’ll be on wickets where you’re expected to get two or three wickets to help the team out, so it’s just a case of adapting on the day,” he said.

“You don’t know anything until you’ve bowled your overs.

You could have what look like excellent figures after three overs and then have them ruined in a t20 game, so it keeps you on your feet every single ball.”

Swann said he doesn’t like to be predictable in limited formats of the game and prefers batsmen to keep guessing.

“I don’t have a stock over, every over is different, every batsman is different. I think people who do that become very predictable and very easy to bat against. I don’t know what I’m going to bowl most of the time,” he said.

Swann doesn’t like it a wee bit when he doesn’t get the field he wants.

“There’s nothing worse than if you let someone talk you into changing your field. It goes against what you think and the ball goes there. It’s the most annoying thing ever. If you’ve had the final say in it, then you can only blame yourself,” he said.(PTI)