Bihar, who recorded their first win of the tournament after five games, occupy the sixth spot, while Meghalaya are a rung below, having lost all their five matches.

Bihar capped off their final match with a thrilling one-wicket victory against Meghalaya in a Group B Round 6 match of the Syed Mushtaq Ali 2019 at Surat on Thursday.

Bihar, who recorded their first win of the tournament after five games, occupy the sixth spot, while Meghalaya are a rung below, having lost all their five matches.

Batting first, Meghalaya were restricted to 124/8. Gurinder Singh top scored with an unbeaten 39 off 37, but he received no support from the other end. Abhay Negi failed to capitalise on his start, and departed for a 22-ball 26 which included three boundaries and the solitary six. (ALSO READ: Kerala thump Nagaland by 10 wickets)

Bihar captain Ashutosh Aman was the pick of the bowlers returning with exceptional figures of four for 15 in his four overs.

In reply, Bihar’s run-chase was not without any drama. They slipped to 24/3 inside the first six overs with openers Mangal Mathur and Piyush Singh departing without troubling the scorers.

Keshav Kumar and Puneet Malik then stemmed the flow of wickets as the duo notched 43 and 33 respectively. Kumar smashed four boundaries and one six in his 40-stay at the crease, while Malik’s 30-ball 33 was decorated with three boundaries and two sixes. (ALSO READ: Uttar Pradesh maintain top spot with 118-run win over Uttarakhand)

In a dramatic last over, Bihar lost two quick wickets which brought the equation down to a tense seven off four deliveries. Prashant Singh was run out by Aakash Choudhary for 6, while in the next delivery Aman departed for a duck off Aditya Singhania.

Vivek Singh then guided his side home to seal a memorable win for Bihar. Singh made 18 off 6 which included two sixes and a solitary boundary. 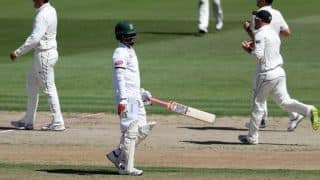 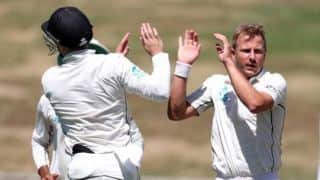