Syed Mushtaq Ali T20 Trophy: Ishant boost for Delhi, Saha to turn up for Bengal, Prithvi set for Mumbai re

The Syed Mushtaq Ali T20 Trophy kicks off on Thursday.

Ishant Sharma‘s presence will boost Delhi while Bengal will be bolstered by Wriddhiman Saha‘s entry and Mumbai will be happy with Prithvi Shaw in their ranks as they gear up for their opening encounters in the Syed Mushtaq Ali T20 starting Thursday. (ALSO READ: Fit-again Prithvi Shaw eager to prove a point in Syed Mushtaq Ali Trophy)

With the Indian Premier League (IPL) auctions being held in December, the relevance has been questioned time and again with GM (Cricket Operations) Saba Karim coming under scanner for faulty scheduling.

“For those, who have got an IPL deal, this tournament is like a dress rehearsal while there is no motivation for those who didn’t make the cut. Earlier when Mushtaq Ali would be held before IPL auctions, the talent scouts would come to the ground. That’s how Hardik Pandya was discovered,” a senior BCCI official told PTI.

Ishant, who missed out on the final Test against Australia in Sydney owing to an injury is now fit and will be unleashing his thunderbolts against Jharkhand in Delhi’s opening game at Vijaywada. (ALSO READ: Syed Mushtaq Ali T20 Trophy: Ajinkya Rahane to lead Mumbai, Prithvi Shaw returns)

“Ishant is captaining the side. The newly married Nitish Rana is also available while Navdeep Saini had been rested as he has continuously played for India A against Lions,” manager Shankar Saini said.

For Bengal, there first round opponents at Cuttack will be minnows Mizoram. It is expected to be a cakewalk but all eyes will be on Wriddhiman, who is coming back after nearly eight month lay-off, due to a career-threatening shoulder injury. (ALSO READ: Wriddhiman Saha picked in Bengal s squad for Syed Mushtaq Ali Trophy)

With India A regular Abhimanyu Easwaran and seasoned skipper Manoj Tiwary in the side, Bengal is expected to make a short work of the NE state.

The other marquee match on the first day will be Mumbai taking on Sikkim at Indore.

Sikkim has two solid professionals in Ranji Trophy’s top run-getter Milind Kumar and Bipul Sharma but it will be Prithvi, who will be grabbing eyeballs as he returns from an ankle fracture and subsequent rehabilitation that took around two and half months time. 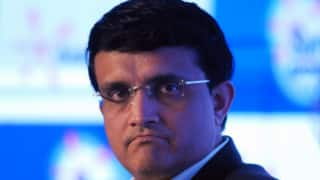 Not just cricket, cut off all sporting ties with Pakistan: Sourav Ganguly 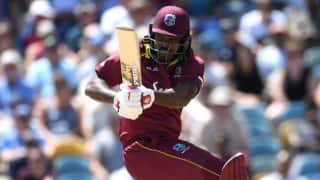