Kochi: Rohan Prem struck an unbeaten 59 to power Kerala to a five-wicket win over Jammu and Kashmir in a Syed Mushtaq Ali Trophy T20 match on Saturday. Chasing 127 for a win, Kerala overhauled the target with eight balls to spare, thanks to Prem’s 54-ball 59 not out. Prem hit six fours and a six in his unbeaten knock. Coming at one down in the very second ball of Kerala’s run chase after opener V A Jagadeesh was dismissed for a first-ball duck, Prem stitched 35 runs with Mohammed Azharuddeen (14) for the second wicket and then another 40 runs with Sachin Baby (13) for the fourth wicket to take Kerala to victory.

Raiphi Gomez (22 not out) played a useful run-a-ball innings down the order as he shared 38 runs with Prem for the unconquered six wicket stand as Kerala reached 129 for five in 18.4 overs at the St Paul’s College Ground. For Jammu and Kashmir, Mohammed Mudhasir was the most successful bowler with two wickets for 27 runs. Earlier, Jammu and Kashmir were restricted to 126 for 6 in their allotted 20 overs after being sent into bat. Bandeep Singh (37) and Parvez Rasool (34 not out) were the main contributors for Jammu and Kashmir. For Kerala, Raiphi Gomez took two wickets for 19 runs while Sandeep Warrier, Padmanabhan Prasanth and V A Jagadeesh got one wicket each. 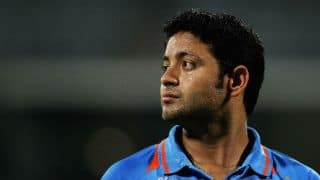 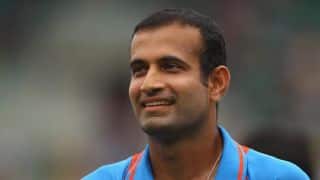