Jaskaranveer Singh top-scored for Punjab with a whirlwind 69-ball 114.

Electing to bat, Punjab started sedately with Jaskaranveer and his opening partner Manan Vohra (21) putting on 59 before Abhishek Raut dismissed the latter batsman in the 10th over.

Jaskaranveer, however, continued to pile on the runs even as wickets fell at regular intervals at the other end, with Himanshu Chawla (18) the only other Punjab batsman to get into double-digit figures.

Mumbai lost opener Shoaib Shaikh in the second over of their chase when he was trapped leg before by Sandeep Sharma.

A rain interruption forced Mumbai’s target to be revised to 82 in eight overs under the VJD method.

The loss of Akhil Herwadkar left them at 18 for two, but Bista kept them in sight of their target with a 23-ball 47, before his dismissal in the final over.

Mumbai needed nine to win from the last two balls, but could only score three of the bowling of Taruwar Kohli to lose the match by five runs. 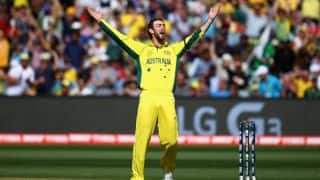 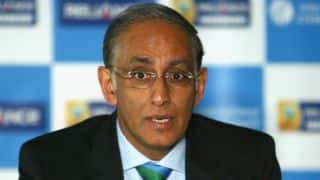