Far from being party-spoilers, Trinidad and Tobago suddenly find themselves in contention for a semifinal spot in the Nokia Champions League T20 tournament if they beat Nashua Cape Cobras by a big margin in their concluding Group A fixture on Tuesday. 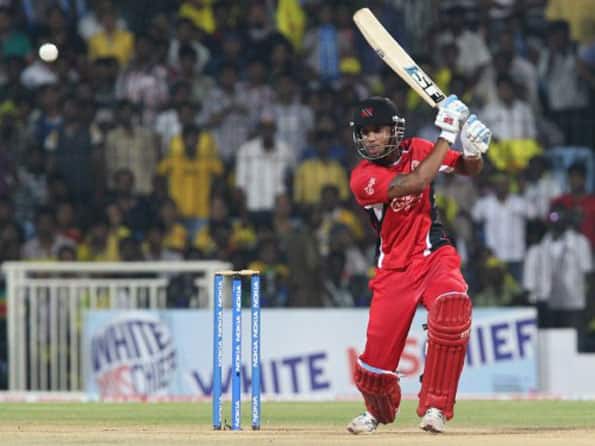 Far from being party-spoilers, Trinidad and Tobago suddenly find themselves in contention for a semifinal spot in the Nokia Champions League T20 tournament if they beat Nashua Cape Cobras by a big margin in their concluding Group A fixture on Tuesday.

After two consecutive defeats, Trinidad and Tobago were considered no-hopers, but a dramatic win against defending champions Chennai Super Kings on Sunday gave a different twist to Group A equation that has each of the five teams in with a chance, some theoretical and others genuine.

Having got ahead of the Super Kings in Group standings on a better net run rate, Daren Ganga-led T&T would be looking to beat Cobras to move up to four points, one more than the South African champions.

Even in such an eventuality, Trinidad and Tobago would then have to await the result of the next game between the Chennai Super Kings (2) and New South Wales Blues (4) to ascertain whether they have to pack their backs or stay on, as also the current Group leaders Mumbai Indians (5) who would be keeping an eye on Tuesday’s games.

The re-laid square at Chepauk has been hogging most of the attention with its two-paced surface that has offered inconsistent bounce. T&T revelled in these conditions with a bowling attack that centred on spin rather than pace that historically has been the strength of Caribbean teams.

Offie Sunil Narine, only 23 and with just two first class games to his credit since debut in 2009, has emerged as the lynch pin of the TT attack. His three for eight in four overs virtually destroyed the Super Kings and his team would be hoping for a repeat performance against the Cobras.

Having come through the qualifying competition, TT won a legion of sympathizers when they lost a Super Over game to Blues and then nearly defended a total of 98 against Mumbai who eventually won by one wicket.

Thus, TT, the 2009 finalists and without two key players in Kieron Pollard (Mumbai Indians) and Dwayne Bravo (Super Kings), had their hearts set on reversing the trend and they did so on Sunday to give themselves a shot at one of the two semi-final spots from Group A.

The Cobras, led by former Super Kings player Justin Kemp, would be only too aware of T&T’s collective potential and the South African champions have as varied a bowling attack that should show greater discipline than it did against the Super Kings in their second game that they lost in the final over.

A No-Result due to rains in their game at Bangalore against Mumbai Indians, perhaps denied the Cobras another point, but had showcased their all-round strength while convincingly defeating the Blues in their opening game. A similar show on Tuesday would most certainly guarantee them a berth in the semi-finals. (IANS)