Cricket undergoes another experiment. Following the stupendous success of T20s, the game has been shortened to 10-overs aside in the inaugural edition of T10 league 2017 in UAE. Some of the big names of the shorter formats Virender Sehwag, Shoaib Malik, Sarfraz Ahmed, Dinesh Chandimal, Eoin Morgan, Shahid Afridi are present to give the new-look format some impetus. The tournament, however, has an interesting take with more knockouts than league matches. Round one will comprise of all teams Punjab Lions, Maratha Arabians, Paktuns, Bengal Tigers, Kerala Kings and Team Sri Lanka playing two games each. Round 2 (December 16) will consist of the 6 sides squaring off, according to their standings to derive the final 4.

The semi-finals will be held on December 17, followed by the final and closing ceremony. All matches will be played in Sharjah.

The points table will only hold significance till Saturday (December 16). The above table is updated till the first two games: between Bengal Tigers vs Kerala Kings, Maratha Arabians vs Pakhtoons, Bengal Tigers vs Punjabi Legends, Maratha Arabians vs Team Sri Lanka, Kerala Kings vs Punjabi Legends and Pakhtoons vs Team Sri Lanka. 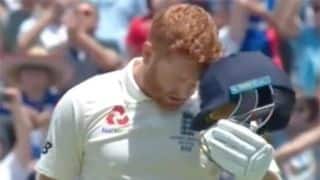