Despite a mini-collapse in the middle, the lower middle-order assisted by sloppy catching, helped the SuperSonics cross the line off the penultimate ball with four wickets to spare.

The SuperSonics bowlers justified captain Jay Bista s decision to field first by restricting the Knights to a sub-par 143 for eight. Hersh Tank s stylish 47 off 39 balls then held the chase together.

Despite a mini-collapse in the middle, the lower middle-order assisted by sloppy catching, helped the SuperSonics cross the line off the penultimate ball with four wickets to spare.

Tank s dismissal off the last ball of the 13th over triggered a mini-collapse, with Knights picking three wickets for 25 runs in 24 balls to leave SuperSonics at 118 for five.

Had Prasad Patil not dropped Rohan Raje off Royston Dias, his first ball at deep mid-wicket, Knights may have held the upper hand. Raje made use of the reprieve and his 7-ball 14 eventually proved to be crucial for SuperSonics to earn the full points.

Earlier in the afternoon, the SuperSonics bowlers tied the Knights batsmen. Except diminutive Karan More, who scored a fluent 55, none of the other batsmen could ask questions of a potent SuperSonics attack.

Raje, Badrey Alam and Dhrumil Matkar all lived up to the tag of being first-class bowlers by not letting even the opposition captain Suryakumar Yadav break the shackles.

It resulted in More being woefully short of support at the other end. As a result, the reigning champions had to return home empty-handed, having suffered their second consecutive loss.

Man of the Match: Deepak Shetty 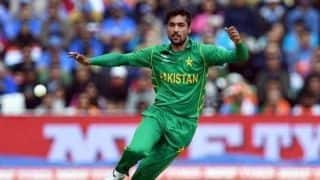