The inaugural edition of the League, featuring six teams carved out from different geographical zones of the megapolis.

Cricket legend and T20 Mumbai League Commissioner, Sunil Gavaskar, today urged players and teams taking part in it to play the game hard but fair by upholding the spirit of the game.

Gavaskar also urged the players to maintain the integrity of the game at all times.

“There will be zero tolerance for anything that brings the game into disrepute. Its integrity should be maintained at all times”, Gavaskar said at the League’s opening ceremony here.

“Play the game hard but fair. There should be no animosity between players and there should be respect for the opposition and umpires. You play to win but not at all costs,” said the legendary opener.

The inaugural edition of the League, featuring six teams carved out from different geographical zones of the megapolis, will be held at the Wankhede stadium from tomorrow till March 21. 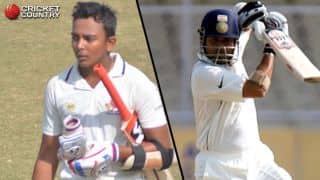