The 35-run win – SuperSonics’ fourth in five league games – meant the SuperSonics joined ARCS Andheri as semi-finalists from Group B.

SoBo SuperSonics bounced back in no time after suffering a maiden loss to overpower a depleted Shivaji Park Lions and book a semi-final berth in the second edition of T20 Mumbai League on Wednesday.

Captain Jay Bista (33 off 31) and experienced Yogesh Takawale (40 off 32) held the SuperSonics innings together before the final flourish took their total to 150 for six. And a struggling Shivaji Park Lions yet again crumbled under chasing a target, to eventually be bundled out for 115 in the last over.

The 35-run win – SuperSonics’ fourth in five league games – meant the SuperSonics joined ARCS Andheri as semi-finalists from Group B. The Lions, meanwhile, saw their forgettable campaign moving from bad to worse, having suffered four losses in as many outings and being the only winless team in the tournament.

With Lions fielding an XI without their captain Siddhesh Lad and star allrounder Shivam Dube, it was a humongous task for stand-in skipper Raunaq Sharma to restrict a well-oiled SuperSonics’ line-up.

While the Lions bowlers did reasonably well despite Bista and Takawale’s knocks, the SuperSonics took the game away by plundering 52 runs off the last four overs to shift the momentum.

Left-arm spinner Dhrumil Matkar – whose cameo of four-ball 15 in the last over was critical in the team putting on a total of 150 – then crashed through opener Swapnil Pradhan’s defence in the first over. Then on, the Lions never recovered. Not only did they lose wickets frequently but were also behind the eight-ball when it came to the asking rate.

Sharma and Sachin Yadav got starts after the openers perished quickly but couldn’t build on it. While Parag Khanapurkar was impressive with his leggies in the middle overs, Deepak Shetty’s slower ones were too good for the tail.

Man of the Match: Dhrumil Matkar 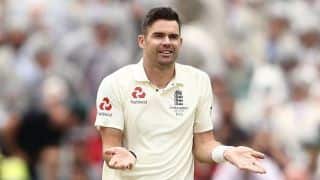 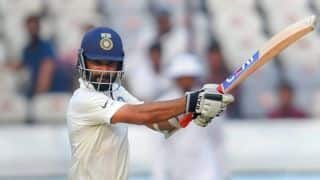