Aakash Chopra said that the squad was selected based on the IPL performances of players.

Cricketer-turned-commentator Aakash Chopra has picked his Indian T20 World Cup 2022 Squad. Much to the surprise of many, Chopra left out Virat Kohli, Rohit Sharma, Ravindra Jadeja and Rishabh Pant from the team. While this may sound baffling, Chopra clarified that the team has been picked assuming that the World Cup will be played tomorrow, not in October-November. Chopra said that players have been selected based on their IPL 2022 performances.

In a short video posted on his YouTube Channel, Chopra revealed his T20 World Cup team. He picked Ishan Kishan and KL Rahul as openers. Rahul had a staggering IPL 2022 and scored over 600 runs. Kishan, on the other hand, blew hot and cold but picked up some momentum in the latter stage of the Mumbai Indians’ campaign.

“The first name I am keeping is KL Rahul. He can play till 15-17 overs, he is a T20 gun batter and scored more than 600 runs this year. I have kept Ishan Kishan along with him. If you see his numbers, you will say it was not that bad a season for Ishan Kishan,” Chopra said in the video.

Chopra slotted Rahul Tripathi and Suryakumar Yadav at No.3 and 4 respectively. “At No. 3, I have kept Rahul Tripathi. He played very well this, strike rate has been very high and given match-winning performances. At No. 4, I have kept SKY. He has not played all the games but he has played at a different level in the matches he played,” he added.

The next three slots went to Hardik Pandya, Dinesh Karthik and Krunal Pandya. Junior Pandya and Karthik had a wonderful season of the IPL 2022 and stormed their way into the Indian team for South Africa T20Is. Chopra also named Hardik Pandya the skipper of the team. As for Krunal Pandya, Chopra felt he will add flexibility to the batting order in addition to giving some economical overs.

“After that, my Player of the Tournament. I have made Hardik Pandya the captain of the team. He can play in the middle and be a finisher as well. After that, I have given a spot to Dinesh Karthik and he is my wicketkeeper as well. He has run at a strike rate of 180-190 and finished a lot of matches.”

“At No. 7, I have kept Krunal Pandya because he has had a very good season. He has been very economical as a bowler and scored crucial runs as a batter. He can bat up and down the order. You require a left-hander in the middle.” 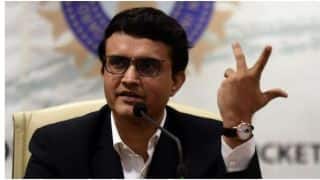