The tournament has seen some top-class action, with a few massive upsets as well.

Perth: The ICC T20 World Cup 2022 in Australia has been a roller-coaster ride for the fans and followers of the game. The unpredictability that arises due to the short format has equalised the equation and differences between sides like never before. Every side now feels it can, on a given day, have a chance to win and that is because of the nature of the game.

Players, in order to perform well, need to take chances while batting or bowling. The virtues that made a good cricketer through patience and perseverance has given way to rashness and ruggedness.

The first match in the initial qualifying stage should have been a precursor of the things to come. Namibia thrashing the recently-crowned Asia Cup 2022 winners, Sri Lanka, set the ball on fire. One took this as a vagary of life. However, when Scotland beat the West Indies a match later, one wondered whether the word ‘predictability’ could be taken seriously.

Sri Lanka did manage to find a place in the Super 12, whereas, the 2016 T20 World Cup winners, the West Indies, were sent home in shame, after having lost their last match against Ireland. The downfall of the West Indian side could be attributed to several reasons, the foremost reason being that their top-performing players are happier playing franchise cricket rather than for their country. The lure of money to secure their life and comfort in their old age, quite understandably, has driven them away from representing their country.

The Super 12 is when one felt the senior-ranked side would make forecasting a winner more predictable. The defeat of England, one of the favourites, as well as Zimbabwe beating Pakistan by protecting a target of just 130 runs, opened the door of imagination of a possible topsy-turvy ride till the very end of the tournament.

The rains are playing havoc as regards the schedules as also with the point tables. The infamous Duckworth-Lewis calculations, even after several decades of existence, have not successfully captured correctly the situation of rain-affected matches. But it will still play a significant role in this year’s World Cup tournament.

The shorter the game by way of overs, the more uncertain would be the outcome. Finally this will lead to teams’ dependency on qualifying through the net run rate rather than via the conventional form of points gathered through a full-fledged encounter.

India, having narrowly beaten Pakistan, as well as the Netherlands seem to be securely placed to make the semifinal stage. A win in any of their last three games should give them enough points to qualify.

India’s nail-biting finish versus Pakistan with 90,000 spectators on the ground and millions following it has ignited the hope of success as regards the T20 World Cup 2022. India’s favourite cricketer, Virat Kohli, being the ultimate hero to raise the toast to, was the ideal script that even a film producer would have found difficult to eclipse. Kohli, who was struggling to regain form, found the ideal time to silence his critics.

In my many years of playing and watching cricket, legendry performers of the past always seemed to find that “moment of time” and glory that makes them into unforgettable heroes. The masterful innings played by Kohli, will also be etched in memory for many years to come.

Pakistan had the match in the palm of their hands. They were sailing towards a victory when their bowlers collapsed under the mental pressure of the situation. Kohli was like a tiger on the loose, ready to devour anything that came his way. Babar Azam, the Pakistan captain, faltered with his bowling calculations, having made the same error in the Asia Cup earlier as well. Mohammad Nawaz, the Pakistan left-arm spinner, who was given the task of bowling the final over, looked mentally drained once Kohli took strike. The controversial full toss no-ball that Kohli hit for a six was the turning point in India’s favour.

Pakistan, naturally, were livid with the umpires’ decision and rather than being firm, the field umpire should have reviewed it with the third umpire, especially at such a critical juncture of the match. Unfortunately, it was not done and Pakistan finally went on to lose the match. Cricket, similar to many other sports, is a game in which the mind and the mental aspect play a huge part. Pakistan, after the two defeats, have to beat South Africa to stay alive. They will need to show a lot of mental resilience to do so or else they will be on the way back home.

The T20 World Cup seems to be like a mystery book in which all the 12 competing sides have their own story to reveal. The weather is playing its part in making the plot thicken.

Predicting a winner in the wayward ups and downs that one has seen till now, seems difficult. India, beaming with confidence, look to be a side that is standing up to their billing of being the No. 1-rated T20 side in the world.

India’s challenge will be to put a stop to the minnow sides that seem to flourish when least expected. This is what makes T20 cricket the most popular version of the game for spectators and followers. The unpredictability of the result is what makes it exciting.

India, at present, do look like a team on the march. One hopes for good weather and plenty of blessings and good luck and the World Cup should be on India’s mantle-piece after 15 long years. 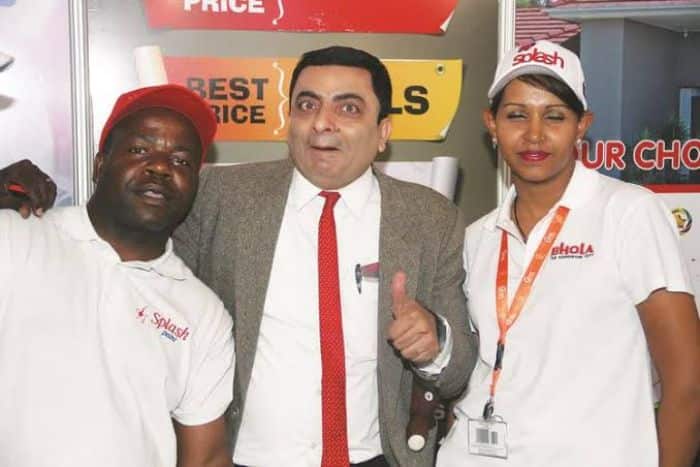