"... and right now, value of those tickets are ridiculously high''- Virat Kohli. Dubai, October 17: India captain Virat Kohli made a big statement on Saturday ahead of the Men in Blue’s blockbuster opener against arch-rivals Pakistan in the ICC T20 World Cup 2021. The former RCB captain played down the hype surrounding the high-voltage India vs Pakistan match as “another game of cricket” for him.

“I honestly never felt so,” Kohli replied when asked about his feeling facing Pakistan.

“I have just approached this game as another game of cricket and I know there is a lot of hype around this game, more so with ticket sales and demands of tickets,” Kohli said it to the Press.

The all-time highest run-getter in the Indian Premier League also admitted of turning down requests of his friends for tickets of the blockbuster clash.

“… and right now, value of those tickets are ridiculously high and that’s all I know, my friends are demanding tickets right left and centre and I am saying, ‘no’.”

Kohli believes that they can do nothing apart but to play the game in the right spirit and also added that from a fans’ point of view there is more excitement but from a players’ point of view every match should be treated professionally.

“Apart from that, I don’t think we can make anything extra out of this game and for us it’s a game of cricket that has to be played in right spirit, in the way we know we can. Yes, the environment you can say is different from outside and from fans’ point of view, definitely more excitement in the air but from a players’ point of view, we try to stay as professional as we can and always approach the game in the most normal way possible,” the Indian skipper said. 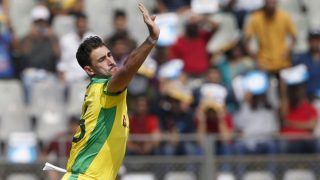 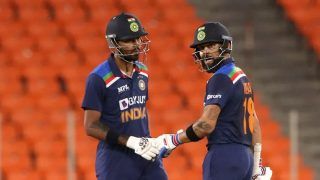