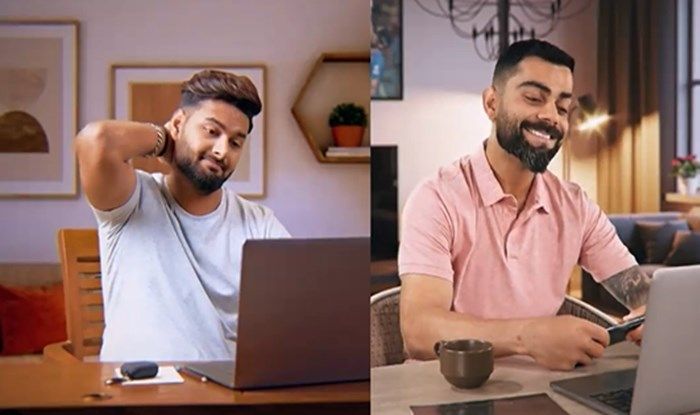 Dubai: Ahead of the T20 World Cup, India captain Virat Kohli called wicketkeeper Rishabh Pant over video conference and the two had a fun banter. Kohli looked stressed ahead of the marquee tournament and asked Pant if he was practising hitting sixes as that is necessary for T20s. Pant responded positively assuring Kohli that he has been at it every day – training hard.

“Rishabh, sixes win you matches in T20 cricket,” Kohli tells Pant in a virtual call in the video shared by Star Sports India.

“Don’t worry bhaiya, I am practicing every day. It was a wicketkeeper that won India a World Cup by hitting a six,” said Pant, referring to Dhoni finishing the 2011 World Cup final with a six at the Wankhede Stadium.

Kohli then says that India has not got a wicketkeeper of the pedigree of MS Dhoni since he left.

“Yes, but India have not got a wicketkeeper like Mahi bhai since then,” Kohli says. When Pant says that he is India’s wicketkeeper, Kohli says: “See I have a lot of wicketkeepers, let’s see who plays in the warm-ups.”

It would be interesting to see if Pant features in the warm-up games ahead of the tournament opener.

India, who are hot favourites to win the title, would be playing warm-up games against England and Australia on October 18 and 20 respectively in Dubai. The Kohli-led side play their tournament opener against Pakistan on October 24. 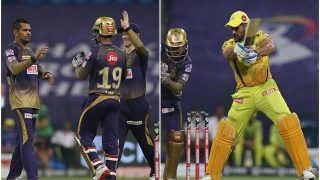 IPL Final: MS Dhoni vs Sunil Narine to Varun Chakravarthy vs Faf du Plessis; CSK vs KKR Player Battles to Watch Out For 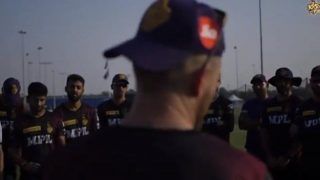