Murali Vijay has been fined for expressing dissent over an on-field umpiring decision during Tamil Nadu's Ranji Trophy match vs Karnataka. 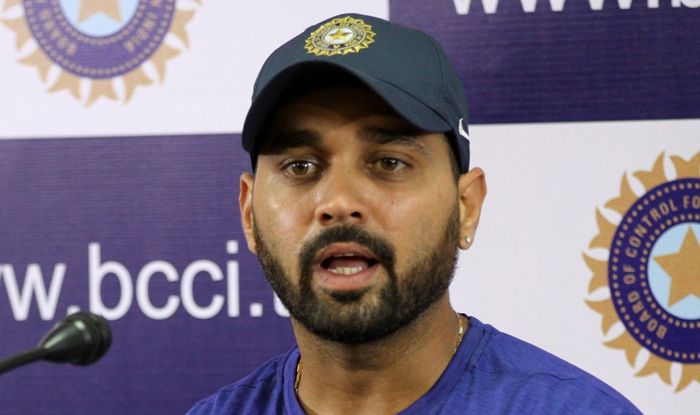 Veteran opener Murali Vijay has been fined 10 per cent match fee for expressing dissent over an on-field umpiring decision during Tamil Nadu’s season-opening Ranji Trophy match against Karnataka in Dindigul on Monday.

On-field umpire Nitin Pandit turned down a caught-behind appeal against Karnataka batsman Pavan Deshpande during an over of Ravichandran Ashwin right before the tea-break.

This was reportedly among a series of unfavourable decisions against Tamil Nadu which apparently left the players disappointed including senior cricketers Vijay, Ashwin and wicketkeeper N Jagadeeshan.

After the aforementioned caught-behind appeal was rejected, the Tamil Nadu cricketers surrounded the pitch that prompted umpire Pandit to have a chat with Ashwin. The square leg umpire Anil Dandekar, on the other hand, could be seen calming down an aggrieved Vijay.

Later, TN team management confirmed that Vijay has been penalised for his behaviour during the course of play.

Karnataka were bowled out for 336 in their first innings after opting to bat first on Monday. Devdutt Padikkal (78), Pavan Deshpande (65) and Krishnappa Gowtham (51) struck half-centuries. In-form opener Mayank Agarwal struck 43 but their captain Karun Nair was run out for 8.

For TN, Ashwin was the pick of the bowlers, returning figures of 4/79 while Manimaran Siddharth, Krishnamoorthy Vignesh chipped in with a couple of wickets each. 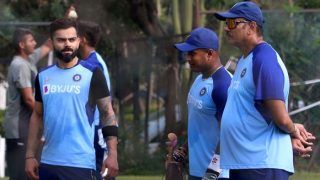