Both Chris Gayle and Tamim Iqbal both have been picked by Bangladesh Premier League (BPL) team Chittagong Vikings and are set to open for the team in this season of the tournament.

Bangladesh‘s star batsman Tamim Iqbal recently revealed his excitement about batting alongside Chris Gayle. Both Gayle and Tamim both have been picked by Bangladesh Premier League (BPL) team Chittagong Vikings and are set to open for the team in this season of the tournament. The Vikings ended their journey in the previous season with a poor performance, finishing towards the bottom of points table but the team looks promising this year, with big names involved. BPL will kickstart from November 4 and the team will play their first with Barisal Bulls a day after. READ: Bangladesh Premier League (BPL): BPL 2016 team and squad details

Talking to khela-dhula.com, Tamim said, “I am really eager to open with Gayle. I have never batted with him before. It will be a different experience. He is such a player… the day he is in form, he makes it look very easy. But I don’t want the ‘Chris Gayle factor’ to crop up in the team. If there are such factors and the player fails to perform, the team fails altogether. I think Chris Gayle is equally important to us as winning matches. Everyone should get equal importance. I am not ready to give more importance to any specific player. There will surely be 1-2 special performances among the 15-20 matches we will play. I think the team will give equal importance to every individual as much as Chris Gayle.

“Chris Gayle undoubtedly is the best player in Twenty20 format. On his day, he makes cricket look easy. I think we have a couple of bowlers who can be the winnings factor. People have not seen Imran Khan much, I think he can be one.” 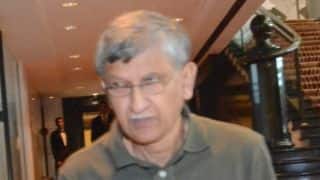