The 100-run stand between the two also brought up the 200-run mark for Bangladesh.

Tamim Iqbal and Mushfiqur Rahim brought up the 100-run partnership for the third wicket as Bangladesh reached a score of 200 for the loss of two wickets after 34 overs during the 2nd game of the three-match One-Day International (ODI) series against Pakistan at the Sher-e-Bangla Stadium in Mirpur on Sunday. Tamim and Mushfiqur were batting on 95 and 54 respectively, as the hosts were headed towards a historic series victory. Live Updates: Bangladesh vs Pakistan, 2nd ODI at Mirpur 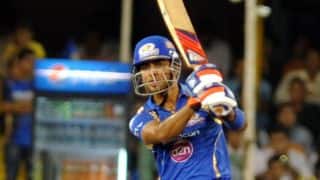