Mitchell Marsh did not make a call for review but the Indian support staff caught some signals being made from the middle and hence the team decided to pay attention to look out for any such instances.

The entire row of Australian captain, Steven Smith looking at the dressing room for advice on whether he should opt for Decision Review System (DRS) during the 2nd Test in Bengaluru seems to have originated after Mitchell Marsh was dismissed during Australia’s first innings on Sunday. On the second day of the Bengaluru test, as the match proceeded towards tea break, Marsh was leg before wicket by Ishant Sharma, for a duck. FULL CRICKET SCORECARD: India vs Australia, 2nd Test at Bengaluru

Though Marsh did not make a call for review, the Indian support staff however observed some signals being made from the middle and hence the team decided to pay attention to look out for any such instances. The dressing rooms of both the sides being next to each other, gave the Indian team a close view of what was transpiring between the Australian support staff off the field and the players in the pitch. This was reported by mid-day.

It was further reported that the Indian team’s video analyst had a live feed coverage of the entire match into the laptop to view the match as it is happening, while the televised version was broadcasted at a slightly delayed time.

The International Cricket Council (ICC) has meanwhile said that there will be no action taken against Indian captain Virat Kohli of accusing Australian captain Steven Smith of referring to the dressing room for steps to move along in the game and the entire team of Australia to not following the rules of the game and not upholding the spirit. In a statement released, the ICC said, ” Specifically in relation to Steve Smith and Virat Kohli, the ICC has considered both incidents in the context of this match and concluded it will be taking no further action against either player.”

ICC Chief Executive David Richardson, who seemingly held a much more relaxed stance, said “We have just witnessed a magnificent game of Test cricket where players from both teams gave their all and emotions were running high during and after the match.” 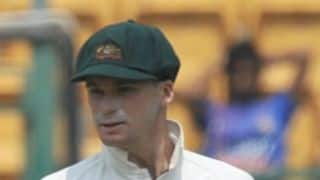 Peter Handscomb: Haven't had a lot to do with DRS 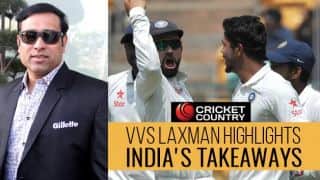