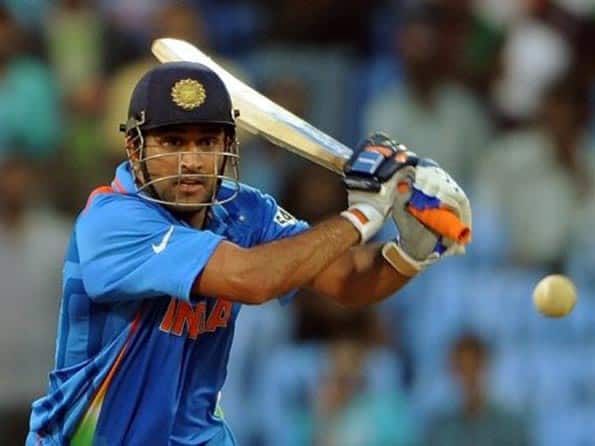 Indian captain Mahendra Singh Dhoni insists his team will go into Saturday’s World Cup opener against Bangladesh without the baggage of their humiliating loss in 2007.

The high-profile Indians suffered a five-wicket defeat at Bangladesh’s hands in their first match of the previous edition in the Caribbean, leading to the team’s first round exit. But Dhoni, preparing for the day-night clash at the Sher-e-Bangla stadium in Dhaka, said the loss four years ago had not even crossed his mind in the past few years.

“Frankly, I have never thought about it, but we obviously don’t want a repeat,” said Dhoni, who was part of the 2007 squad which was led by Rahul Dravid and coached by Australian Greg Chappell. Dhoni said his team was in a better frame of mind going into the tournament, and insisted there was no additional pressure on the boys playing in the sub-continent.

“Being a co-host will always bring a lot of expectations,” the wicketkeeper-batsman said. “But we do not get bogged down by expectations. “The important thing is to do the process right. We always look to put more emphasis on the process, rather than on winning, and this is what has made us a successful team.”

India are the number one Test team in the International Cricket Council’s official rankings, and are placed second behind Australia in one-day cricket. India have won 20 of their 22 one-day matches against the Tigers, but Dhoni refused to take another victory for granted. “Bangladesh is a good side with three very good left-arm spinners,” he said. “They rely a lot on spinners, especially in the sub-continent where slow bowlers get a lot of help.”

India go into the Cup opener on the back of two convincing morale-boosting wins over Australia and New Zealand in practice matches this week. “The tournament already started for us with those practice matches. We have picked up the intensity and now look forward to our next game,” he said. “Like any other team, we want to begin our campaign on a winning note.”

The Indians rely mainly on their powerful batting, led by world recorld holder Sachin Tendulkar, to pile up a big total and bat the other side out of a match. With Sehwag, Gautam Gambhir and Yuvraj Singh adding to a top-heavy line-up and with Dhoni and the explosive Yusuf Pathan coming down the order, Harbhajan Singh has been pushed to number eight despite two Test centuries to his credit.

Off-spinner Harbhajan leads the bowling attack with new-ball spearhead Zaheer Khan, but India will rely on part-timers Sehwag, Yuvraj and Pathan to fill the fifth bowler’s spot. Dhoni declined to say who among Virat Kohli, Suresh Raina or Yuvraj will bat at number four, but said Zaheer was fit to play after being rested for the two practice matches.

Dhoni predicted a very successful tournament over the next six weeks. “If it is not successful in the sub-continent, it won’t be successful anywhere,” he said. “One-day cricket is an ideal mix of Tests and Twenty20. These days not even 300 is a safe total.”

Bangladesh all geared up to take on India